Orkhon waterfall, also called Ulaan Tsutgalan, is one of the best sights in central Mongolia. About 25m downstream from the waterfall you can climb down to the bottom of the gorge; 22m deep and dotted with pine trees. Approximately 20.000 years ago, the waterfall was formed due to earthquake and merged from volcanic eruptions. However, the water doesn’t run all year and will only start to flow after the first good summer rain. Best time to see it is late July and August.

The waterfall can be reached in 4-5 hours from Kharkhorin (Karakorum) and in 2-3 hours from Tuvkhun temple. Travel routes from Gobi Desert to Central Mongolia passes close by the waterfall. The road to the waterfall is not easily accessible, owing to rocky surface of the area along the Orkhon river.

Orkhon River itself is the longest river in Mongolia with length of 1124 kilometers (709 miles). It originates in Khangai Mountain Range and merges to Selenge River, eventually reaching Lake Baikal. The Orkhon has many species of fish like the pike, Siberian sturgeon, taimen, Asian common asp, Siberian grayling, roach etc. For its historical value related to Great Mongolian Empire, Orkhon river Valley is listed in the UNESCO World Heritage Sites and has been protected since 2006 as a National Park. 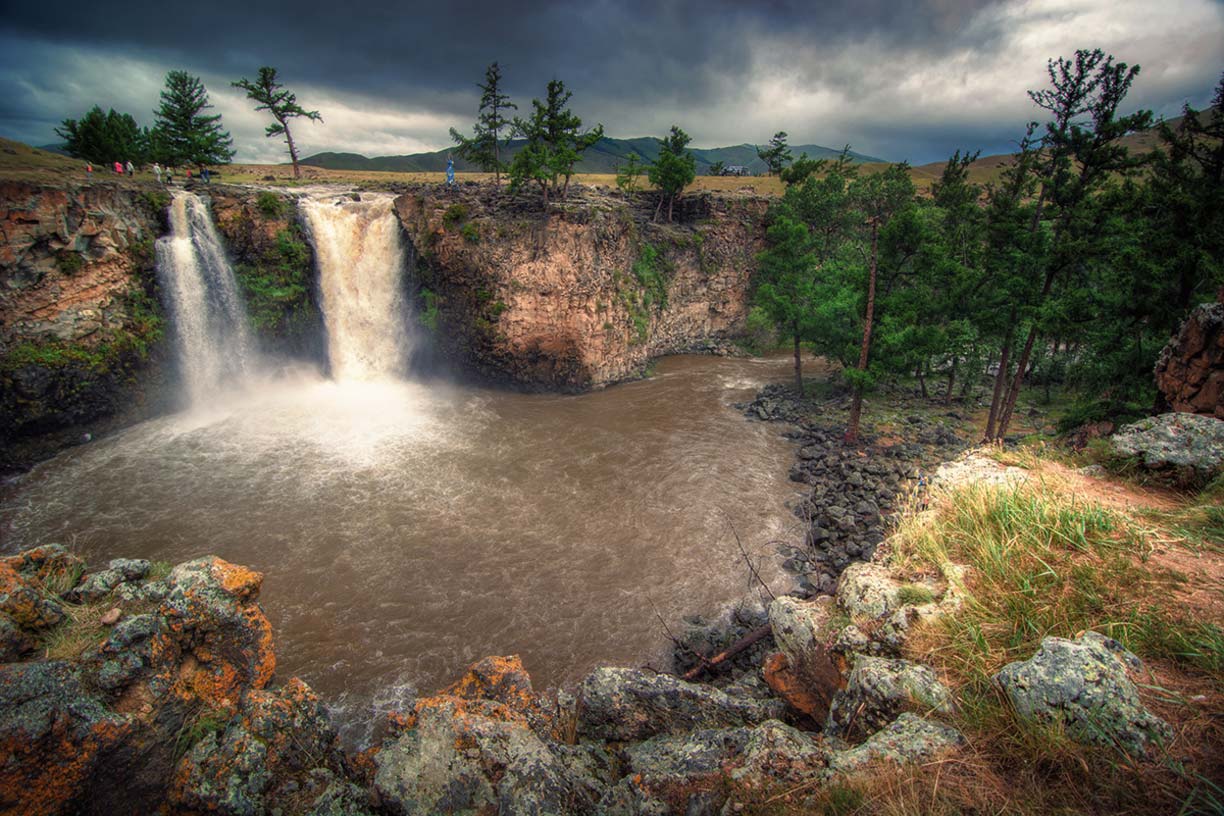 It’s a beautiful spot for pleasurable camping, horse riding, photography, fishing and cycling. You may also visit local nomad families here and have an opportunity to experience nomadic way of life, culture and traditions. The path might be challenging to go through volcanic rocks by bump-like land but at the end it’s all worth to be there. It’s been a desired destination for both the locals and tourists.