In 1965, it was announced that Gurvansaikhan massif to be under government protection and should not be touched in order to preserve Yol Valley and its fauna. But luckily, in 1993, they reopened the area and Gobi Gurvansaikhan National Park was established for tourism purposes. 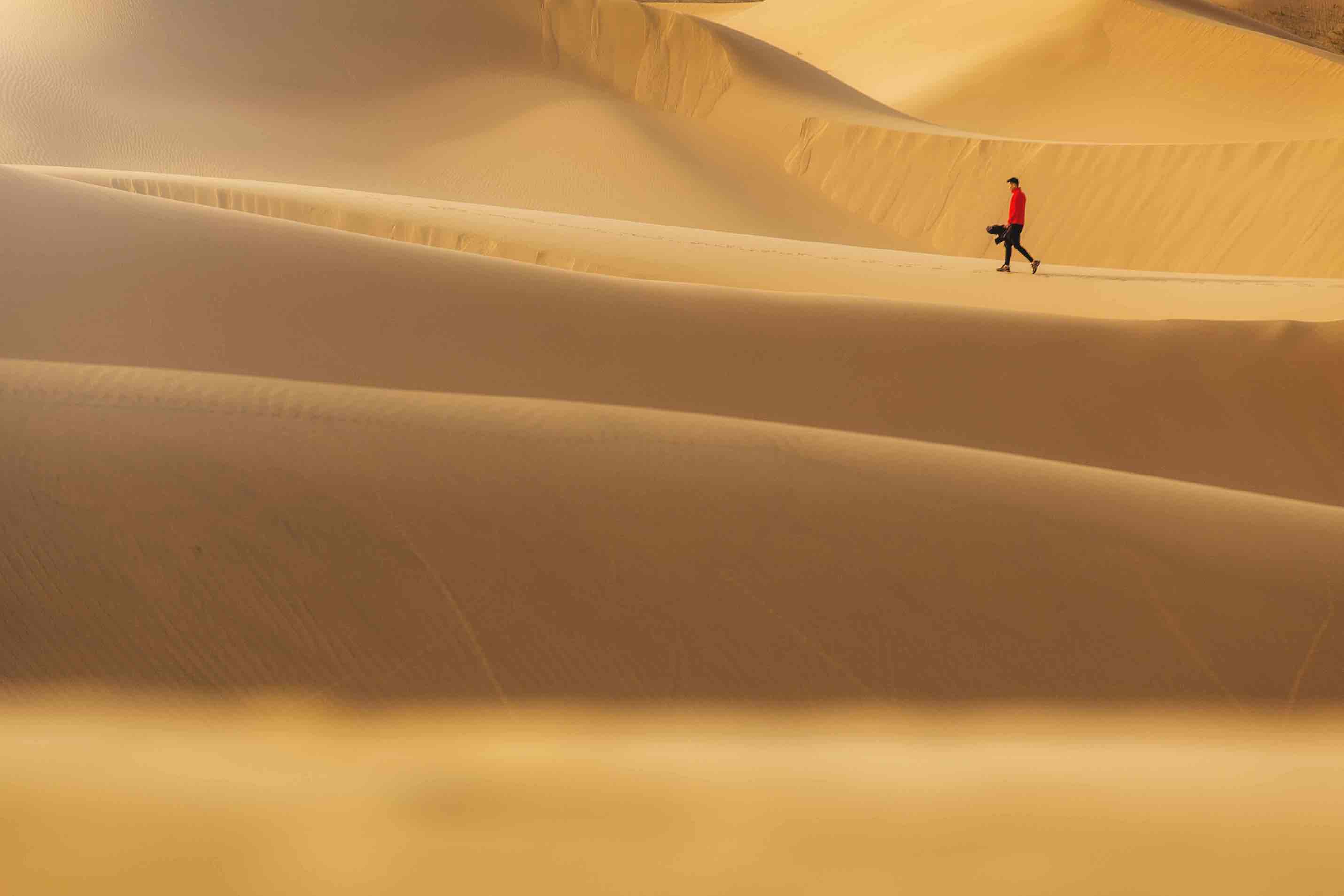 As mentioned before, the biggest attractions are Yol Valley, Khongor Sand Dunes and Khermen Tsav. In Yol Valley or Yoliin Am (Bearded Vulture Valley), you can discover permanent glaciers, endemic plants and rare animals such as bearded vultures, snow leopards, manul cat, beech marten, and mongolian antelope. This deep and narrow gorge can be found in the Zuunsaikhan Mountain. The scenery here is beautiful as this mysterious green valley with cool wind blowing through it found right in the middle of hot desert makes you think as if you’re just walked into a magical land. 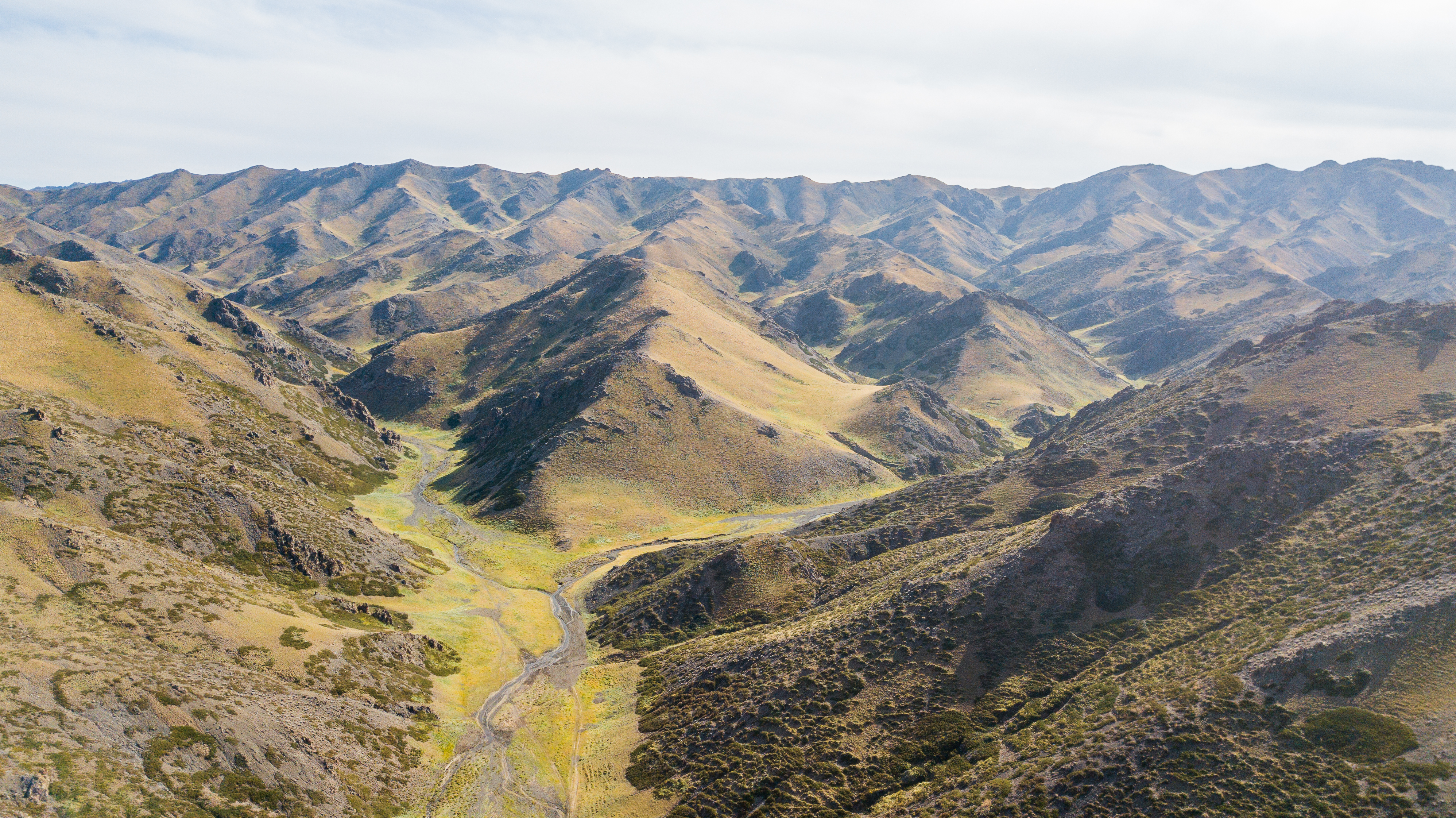 On the other hand, you got Khongor Sand Dunes, also known as the singing sands. Located in Sevrei and Bayandalai soum of Omnogovi province, Khongor Sand Dunes stretches 185km across the gobi desert and covers 925 square km. These sand dunes have beautiful oasis formed by Khongor River, Seruun Bulag and Arganga Bulag brooks. Besides its gorgeous view, you can hear a sound that sand makes in the dunes, which gave a name “Singing Sands” to Khongor Sand Dunes. And what better way there is to experience the Gobi Desert than riding through the Egyptian-like sand dunes with ever-changing attractive curves on a camelback?

And now for Khermen Tsav (Wall Fissure), it holds more of a paleontological value as the first dinosaur skeleton discovered in Mongolia was found from here. Scientists suggest 200 million years ago, this place was bottom of the ocean and throughout history a lot of different types of species other than dinosaurs inhabited the area and fossils from those mammals, birds and aquatic life have been found too. But do not mistake, the landscape itself is not to be sniffed at. The view is spectacular to gaze at and these canyons made of red mud rocks are just as valuable as what it holds underneath it. Located in Gurvantes soum of Omnogovi province, Khermen Tsav precipice stretches 10 km across the gobi desert and covers 250 square km. 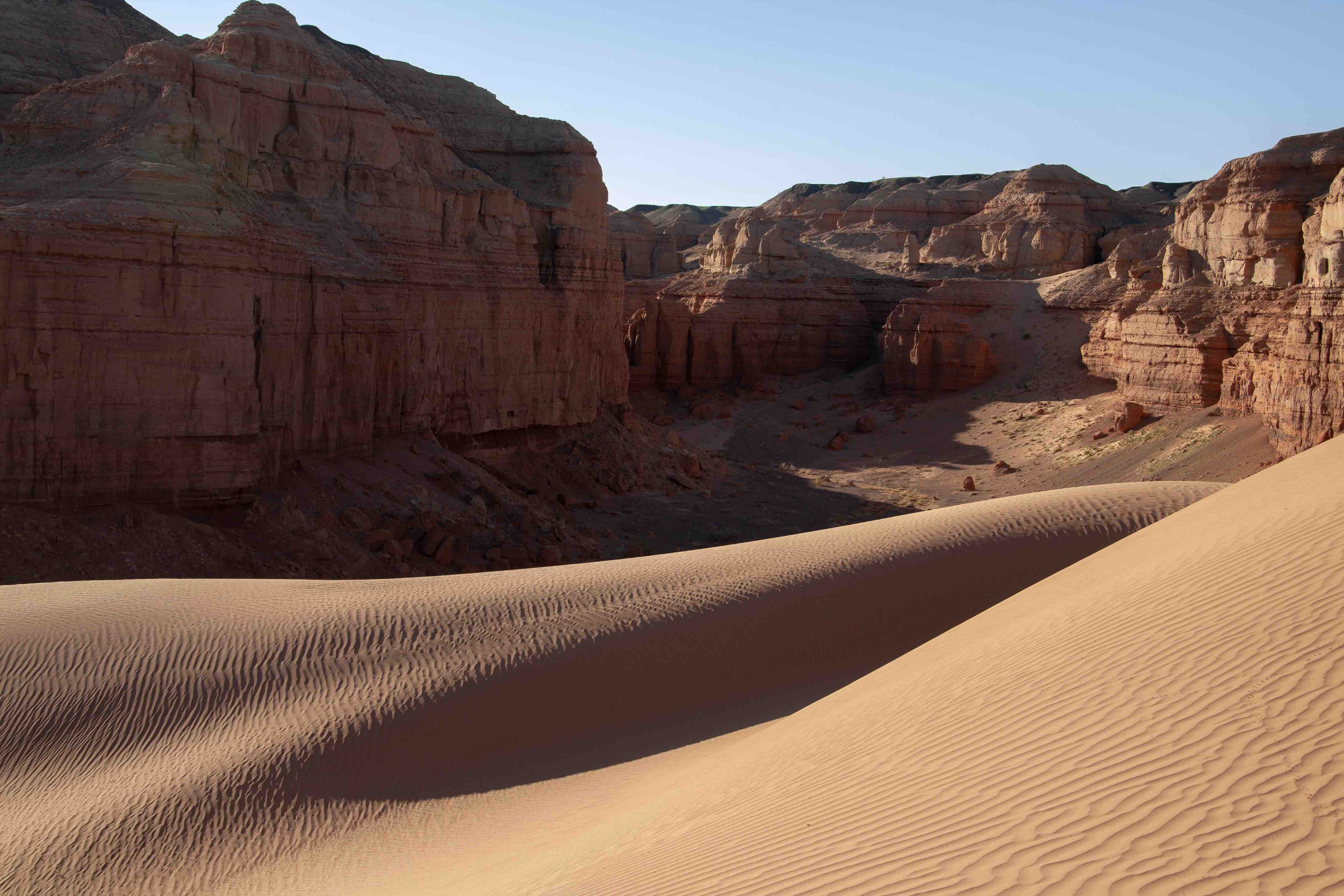 In conclusion, Gobi Gurvansaikhan National Park includes all the things you have to see when you are visiting the southern parts of Mongolia. No other place in the world can offer you these beautiful sand dunes, mysterious canyons, the landscape that dinosaurs once roamed and gorgeous green valleys within a desert all in one area, ready for you to discover.