The Erdene Zuu Monastery is probably the earliest surviving Buddhist monastery in Mongolia. Located in the province of Ovorkhangai, about 2 kilometres Northeast Kharkhorin, it’s inscribed on the UNESCO World Heritage List in the category «cultural landscape of Orkhon Valley». The drive from UB and back will take 10-12 hours, but the scenery is certainly spectacular and as long as your vehicle is comfortable, it can be done easily.

This monastery has overcome many historical challenges which left the monastery with 20 temples from initial 60. In 1930 during the repression all the monasteries were destroyed in Mongolia including Erdene Zuu. 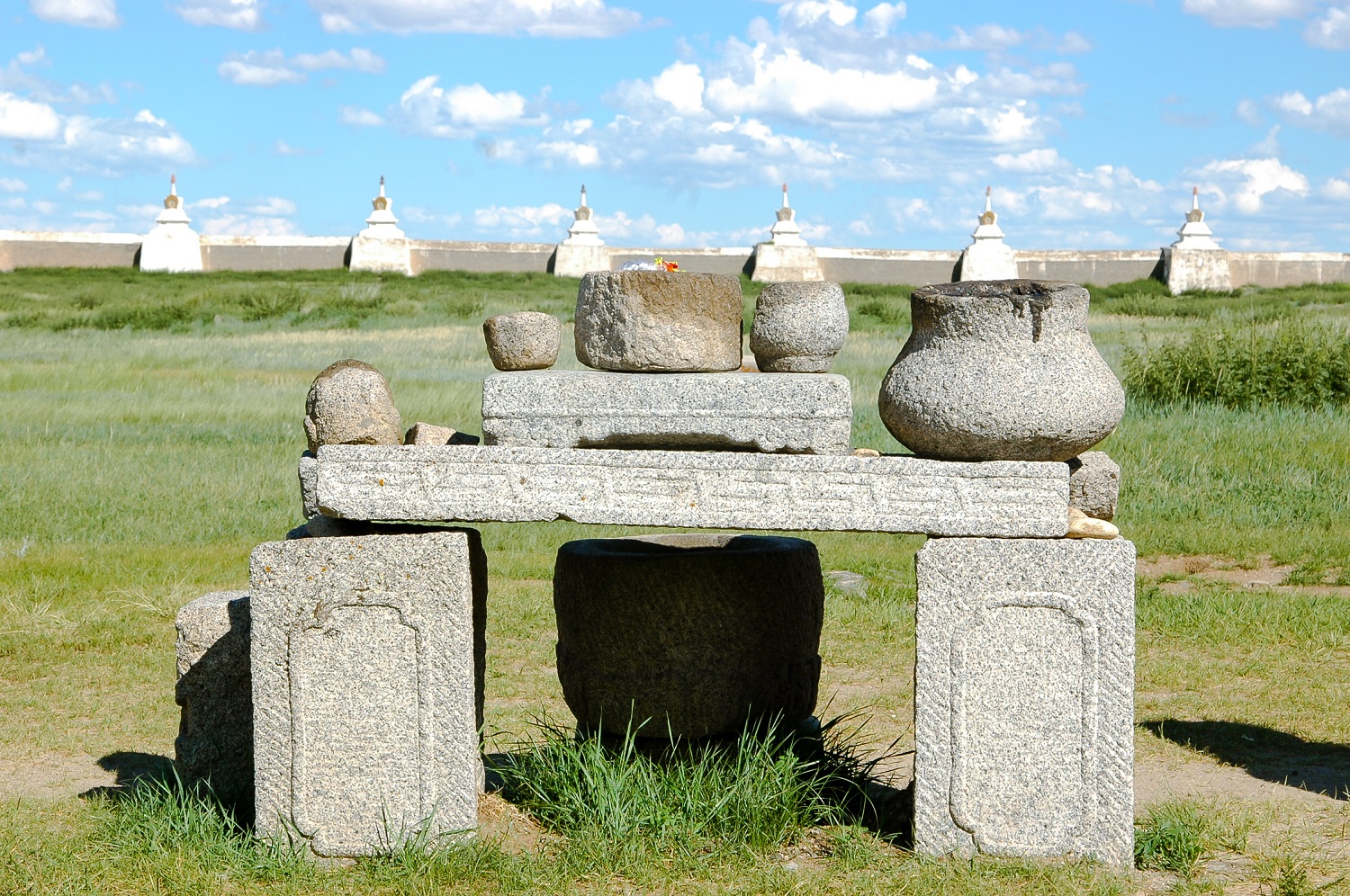 At the beginning of the 19th century, it was built again in bricks and surrounded by 108 stupas (108 is a magic number in Buddhism, it’s notably the number of pearls of a Buddhist rosary mala), all different and each one bearing the name of its donor. During the restoration of 1990, they were restored but all identical. Two other stupas contain the remains of Prince Abtai and the ones of his son Gombodorj. You will also see the small temple of Dalai Lama, dating from 1675, and the “lavrang” that is the residence of the reincarnated lama and that was built in 1780. A large golden stupa erected in 1799 in honour of the 4th Javzandamba Khutagt is standing here and called Bodhi Suvraga. 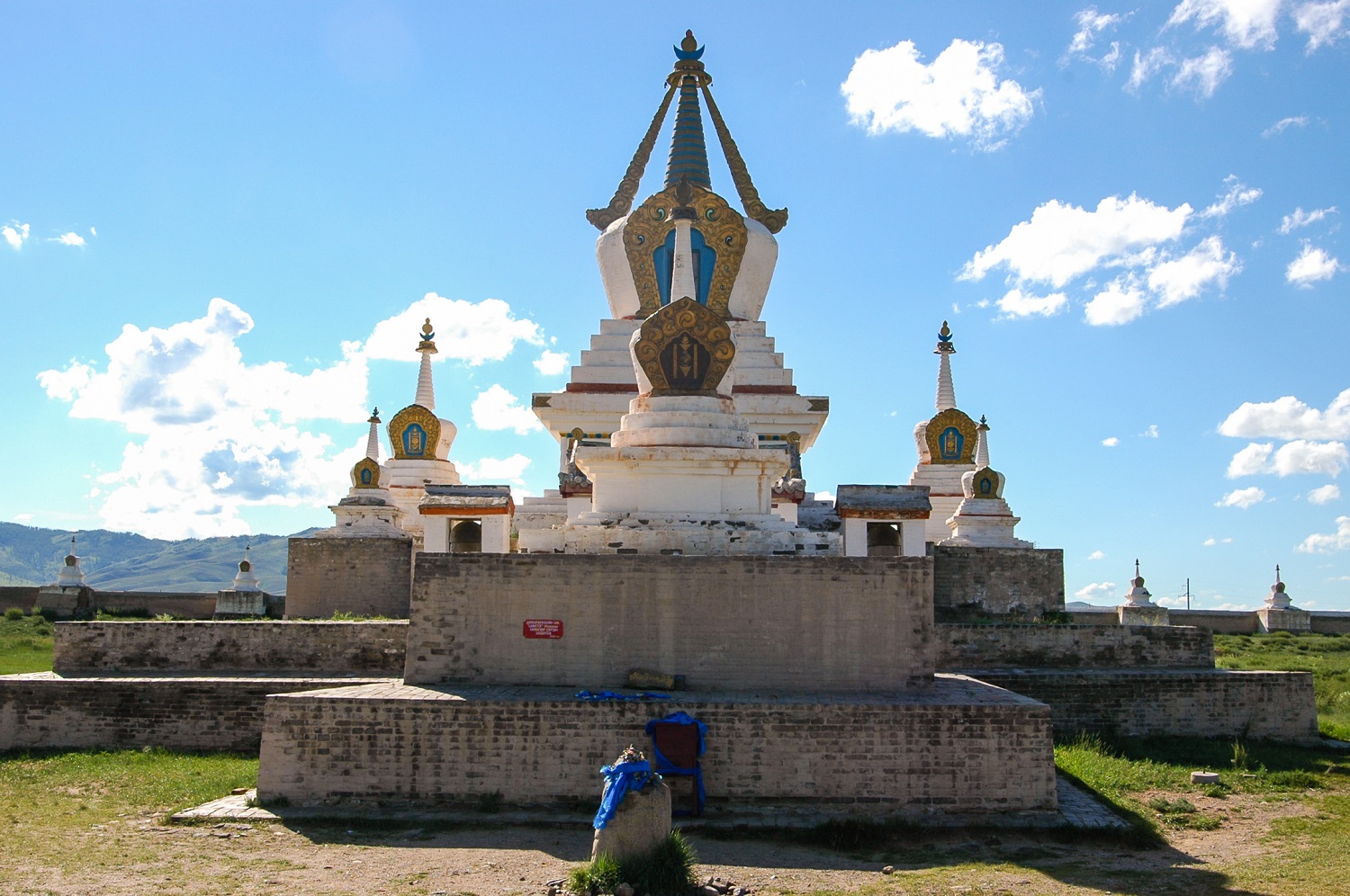 This «jewel temple» as it was known has a few temples dated from the 16th century. Most of the artefacts you'll see – wall paintings, thangkas, masks etc – are 18th century. The monastery is an easy 2 km walk from the centre of Kharkhorin.

Today, Erdene Zuu remains an active Buddhist monastery, and at the same time a museum open to travelers. If you take a tour from UB, you will of course have the mandatory visit to a Ger to meet a local family and there's also a small desert east of the monastery, where camel rides are available. 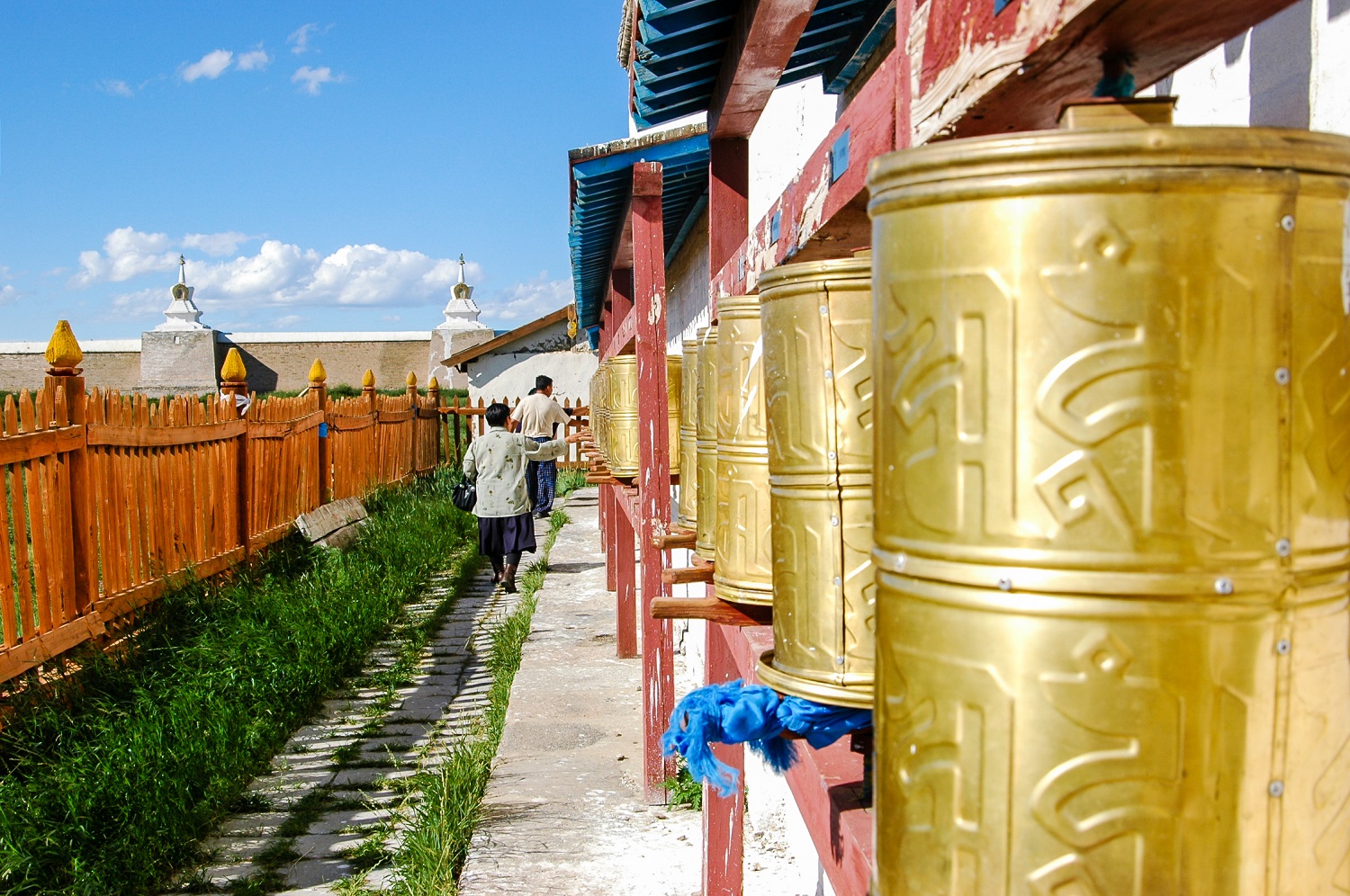 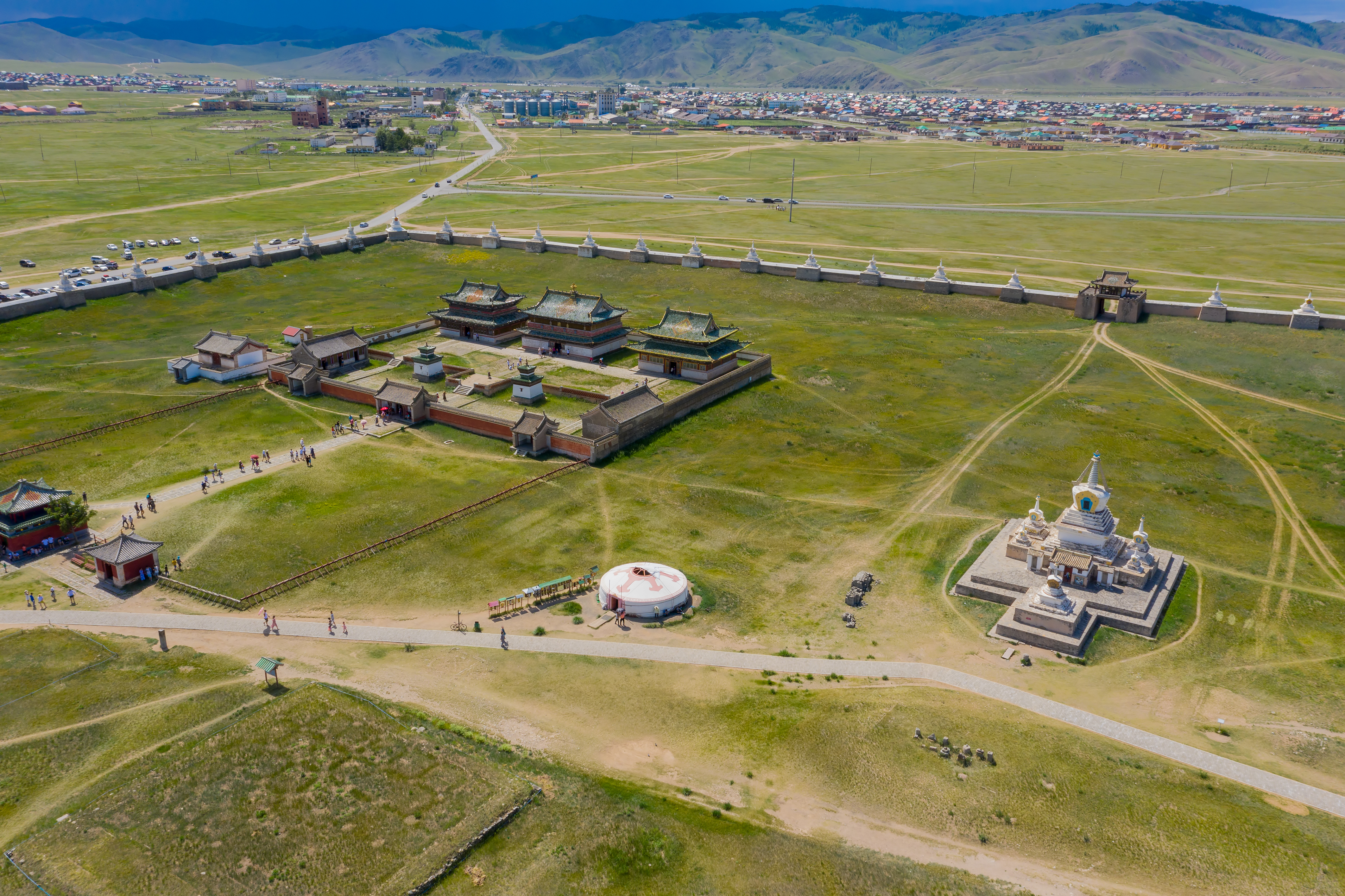