Central Mongolia is an essential part of the country if you are to visit and travel across Mongolia as it holds a lot of historical and the most geological value. Compared to the Gobi Desert or Altai Mountains, the area is more accessible thanks to the closer location to the capital city Ulaanbaatar. Numerous monasteries, historical sites, endless steppe, lush mountains, refreshing lakes and exciting wildlife await you.

Khustai National Park was created to reserve Takhi (Przewalski's horse) and the last remaining wild horse species introduced to Mongolia back in 1992. They are considered to be the ancestors of Mongolian horses. Although went extinct in 1960, Takhi was reintroduced and now there are over 250 of them roaming the Khustai mountains.

Khustain National Park provides a wild experience throughout the year. The main reason many people visit this park is to observe the Takhi (Przewalski's) horses, the last remaining wild horse species in the world.  During the summer months the Takhi horse head to the ridges to escape the increasing heat. They come down into the valleys at the cooler times of day. It’s worth spending at least one night in the park, as you are most likely to see Takhi and other wildlife at dusk or dawn. However, as with all wildlife, they can prove to be elusive.

Elsen Tasarkhai is a part of the Mongol Els sand dunes that continues 80km long, 5km wide across Burd, Bulgan and Gurvanbulag soums of Uvurkhangai province. It is located 280 km west of Ulaanbaatar and 80 km east of Karakorum - the ancient Mongolian capital. The area is surrounded by sand dunes, hills covered with rare bushes and a small forest near a river. Together this presents a unique combination of Mongolian mountains, forests and Gobi-type landscape in one location. Local people call this sand dunes Duut mankhan (Singing sand). 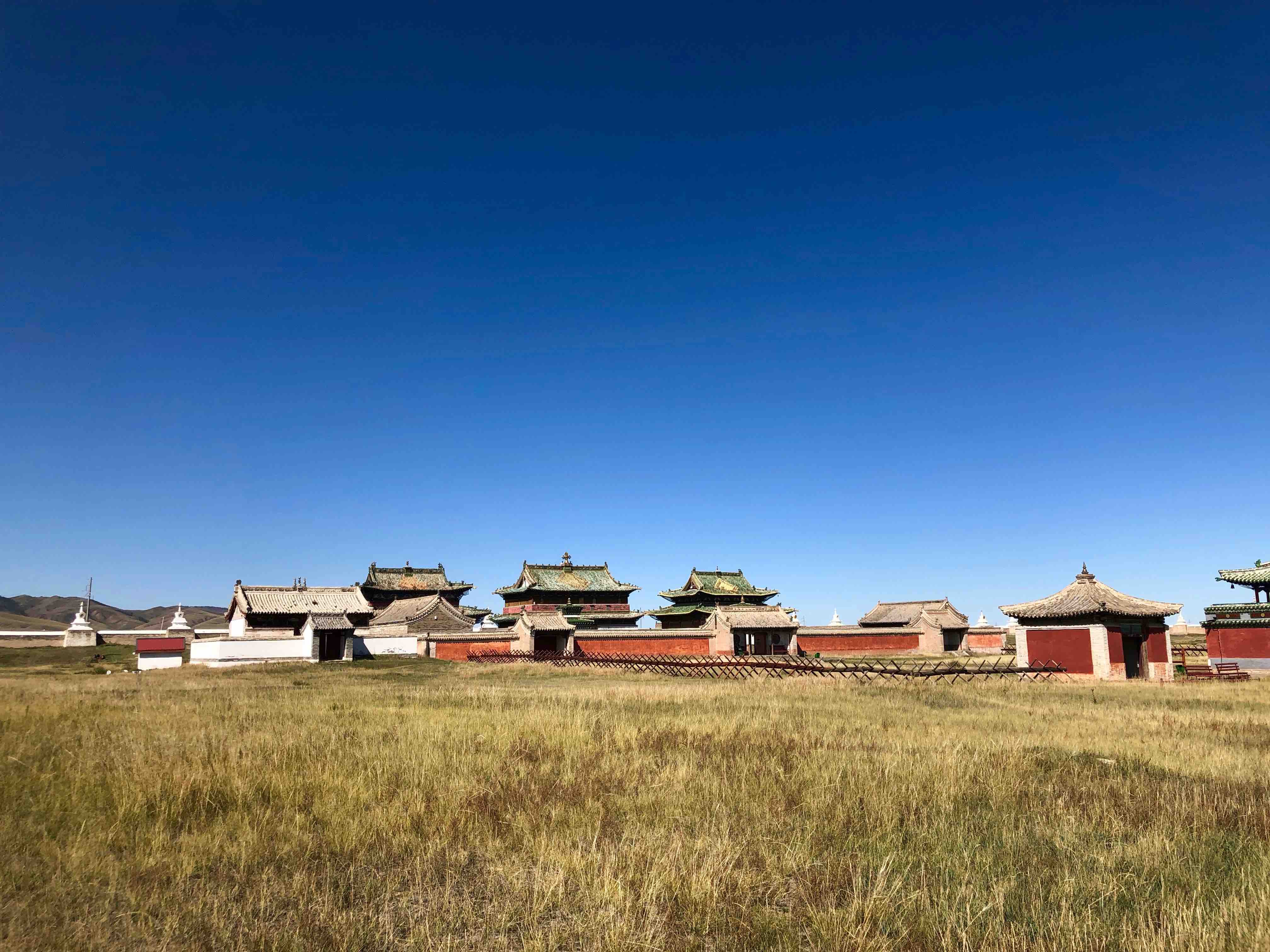 Karakorum is an ancient capital city of the Great Mongol Empire established by Genghis Khan in 1220. He made his headquarters here and used it as a base for his invasion of China. Karakorum is strategically located on the most important east-west route across Mongolia, not far from the Orkhon River. Once served as the capital of Mongolian Empire and an essential station of the Silk Road, Karakorum city has much more to share than its current physical appearance. It was a welcoming city not only because of convenience of trade but also because all the religions were welcomed in the Mongol Empire. Therefore, many monasteries, churches and mosques were established. Mongolian largest and the historically most significant religious and cultural center Erdene Zuu monastery is operating as a museum here. It is also known as the oldest Buddhist monastery in Mongolia. Different stone relics and other ancient artifacts are standing around the city to reveal the history and stories dated back to hundreds of years ago. 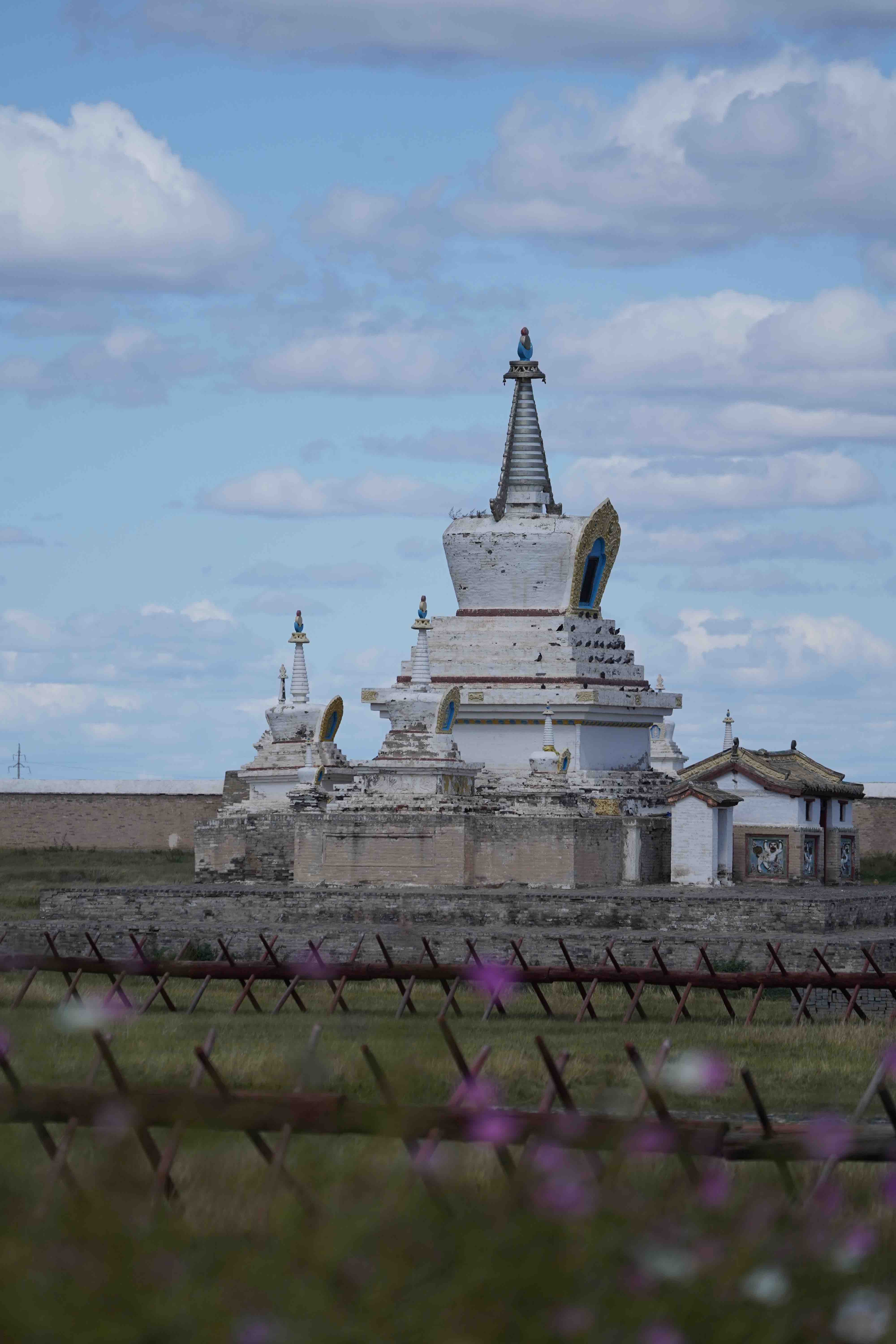 The Erdene Zuu Monastery is probably the earliest surviving Buddhist monastery in Mongolia. Located in the province of Uvurkhangai, about 2km to the northeast of Kharkhorin, it is inscribed on the UNESCO World Heritage List in the category cultural landscape of Orkhon Valley. This monastery has overcome many historical challenges which left the monastery with 20 temples from initial 60. In 1930 during the repression all the monasteries were destroyed in Mongolia including Erdene Zuu. At the beginning of the 19th century, it was built again in bricks and surrounded by 108 stupas (108 is a magic number in Buddhism, it’s notably the number of pearls of a Buddhist rosary mala), all different and each one bearing the name of its donor. During the restoration of 1990, they were restored but all identical. Two other stupas contain the remains of Prince Abtai and the ones of his son Gombodorj.

Tuvkhun Monastery
Tuvkhun Monastery is one of Mongolia’s oldest Buddhist monasteries and located on a rocky mountain hill surrounded by forests elevated in 2600 meters above sea-level. The monastery located on the dense forested and picturesque mountain Shireet Ulaan and the location was found by Zanabazar, the first Jebtsundamba Khutuktu. There are several temples, a small cave for meditation and another cave called Mother Belly. If someone entered and get out from this cave, there is hope of having their faults washed away in the next rebirth.

Ugii Lake is a freshwater lake, located in the center of Mongolia, eastern Arkhangai province. It is one of the biggest lakes of Mongolia and has 27km squire area with average depth of 6.64m, in some sections 15.3m, coastal length is 23.5m. Ugii Lake abounds in various types of fish and birds, which creates an incredible natural beauty. It also provides a favorable condition for research work and traveling. Also it is suitable for swimming, sunbathing, horse and camelback riding around the lake. 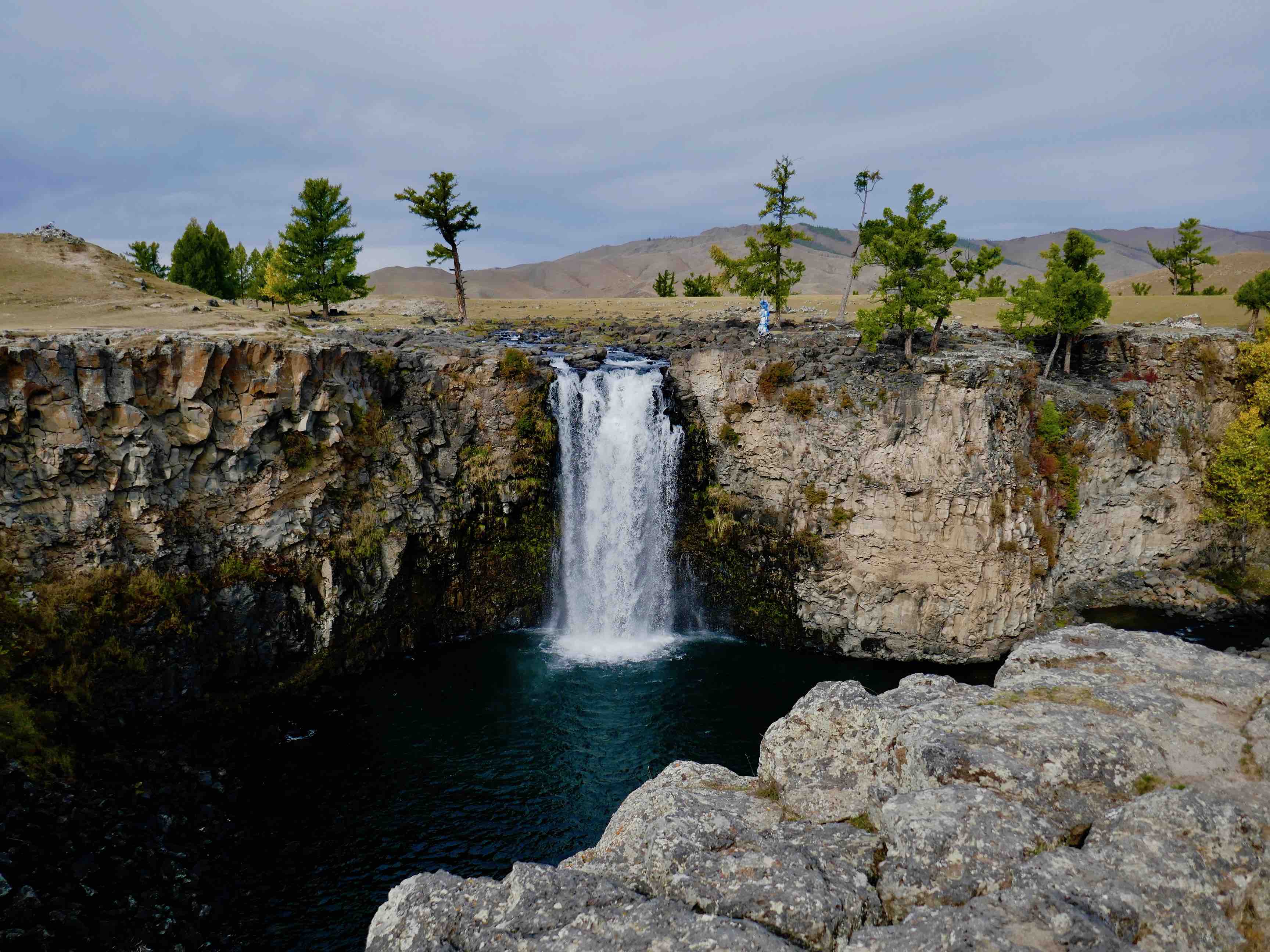 Orkhon waterfall, also called Ulaan Tsutgalan, is one of the best sights in central Mongolia. About 25m downstream from the waterfall you can climb down to the bottom of the gorge; 22m deep and dotted with pine trees. Approximately 20.000 years ago, the waterfall was formed due to earthquake and merged from volcanic eruptions. However, the water doesn’t run all year and will only start to flow after the first good summer rain. Best time to see it is late July and August. Orkhon River itself is the longest river in Mongolia with length of 1124 kilometers (709 miles). It originates in Khangai Mountain Range and merges to Selenge River, eventually reaching Lake Baikal. The river has many species of fish like the pike, Siberian sturgeon, taimen, Asian common asp, Siberian grayling, roach etc.

Khuisiin Naiman Lake is located in Uyanga soum, Uvurkhangai province, 115km away from Arvaikheer. There is no concrete road that leads to the area, so it is perfect for adventurous horse riding. This area is formed by volcanic eruptions millenniums ago. As the name suggests (The Eight Lake), Khuisiin Naiman Lake consists of eight separate lakes named Shireet, Khaliut, Bugat, Khaya, Khuis, Mukhar, Duruu and Bayan-Uul and all of them are connected with each other through underwater canal. The distance between the lakes varies from 500m to 3km. In 1995, Khuisiin Naiman Lake was announced as a nature reserve by the government. Unfortunately, as of 2007 the second biggest lake of Khuisiin Naiman Lake was shrunk by 10%, while two other lakes were dried up completely.

Shankh Monastery located in Central Mongolia, 25 kilometers South East of Kharkhorin city, is one of Mongolia’s oldest and most historically significant monasteries. It was founded in 1647 by Zanabazar, spiritual head of Tibetan Buddhism for the Khalkha in Outer Mongolia, around the same time as the establishment of the nearby Tuvkhun Monastery. As elsewhere, the monastery was closed in 1937, temples were burnt and many monks were shipped off to Siberia. But during the years of repression, five monks secretly kept the monastery alive in a local ger at great risk to themselves. One of them is responsible for its reopening in 1990; a stupa pays tribute to him. In 1993, the Dalai Lama sent three Tibetan lamas to Shankh in order to bring Buddhism to light in the country. You can learn about ancient history of the place from the monks.

The Central Mongolia is the lushest section of the country and incorporates a number of wildernesses including mountainous zone, the steppe, a little bit of Gobi and Siberian taiga forest. Fruitful soil and countless rivers, brooks and lakes nourish multiple plants. And wolves, foxes, Siberian roe deer, elks, wild boars, brown bears, ibex, lynx and many other species inhabit the area.

The main demographic in Central Mongolia is Khalkha people and unlike Oirat or Kazakh people in the western part of the country, they are what you would imagine if somebody mentions the term Nomadic Mongolian. And the difference between the life in the Khangai and the Gobi is the livestock. Families in Central Mongolia usually herd cattle and sheep in contrast to the Gobi where they depend on camels more than any other livestock animals.