Home / Blogs and Articles / Iceland vs. Mongolia: Why A Mongolia Tour Should Be on Your Radar if You Love Iceland

These three words are often what people associate with places like Iceland, whose diverse and extreme landscapes set it apart as one of the most sought-after destinations for adventurous travelers in the world. (It is the land of fire and ice, after all.)

And while Iceland has had its moment – it is time for it to move over. There’s another next big destination in town. And it’s Mongolia. A place where magical, mystical, and magnificent are only the beginning because the land of Genghis Khan, reindeer riders, eagle hunters, and semi-wild stallions is so much more.

So, while travel starts to return around the world, and travelers begin to itch to get off-the-grid in ways they never have before, a tour through Mongolia means fewer crowds, fewer lines, less fuss, and all the insanely cool rewards (snow-covered sand dunes in the Gobi Desert, anyone?).

Here’s our breakdown of Iceland vs. Mongolia and why Mongolia should be on everyone’s radar.

There’s no denying that each country has their own unique places, culture, and things to offer.

Iceland has the Ring Road. Mongolia has the Silk Road. 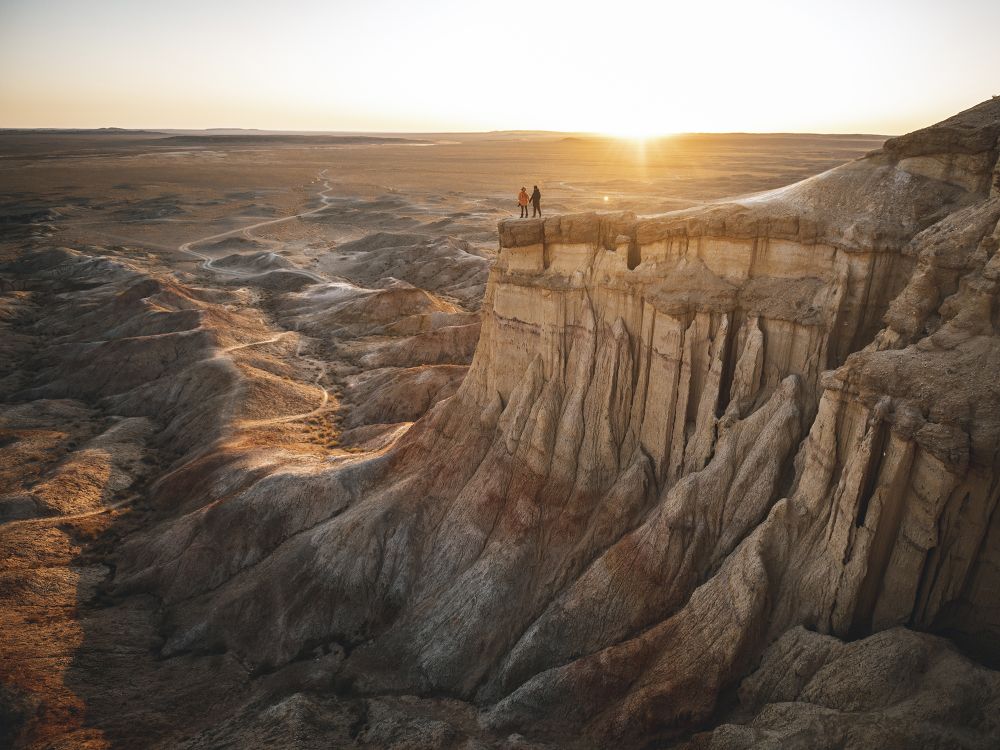 Icelanders believe in elves. Mongolians believe in spirits and shamans. Both use these as a way to protect and respect their lands. (Both are not wrong.)

Iceland has Diamond Beach. Mongolia has the mighty Lake Khovsgol frozen over in the winter and the Ice Festival that goes with it. 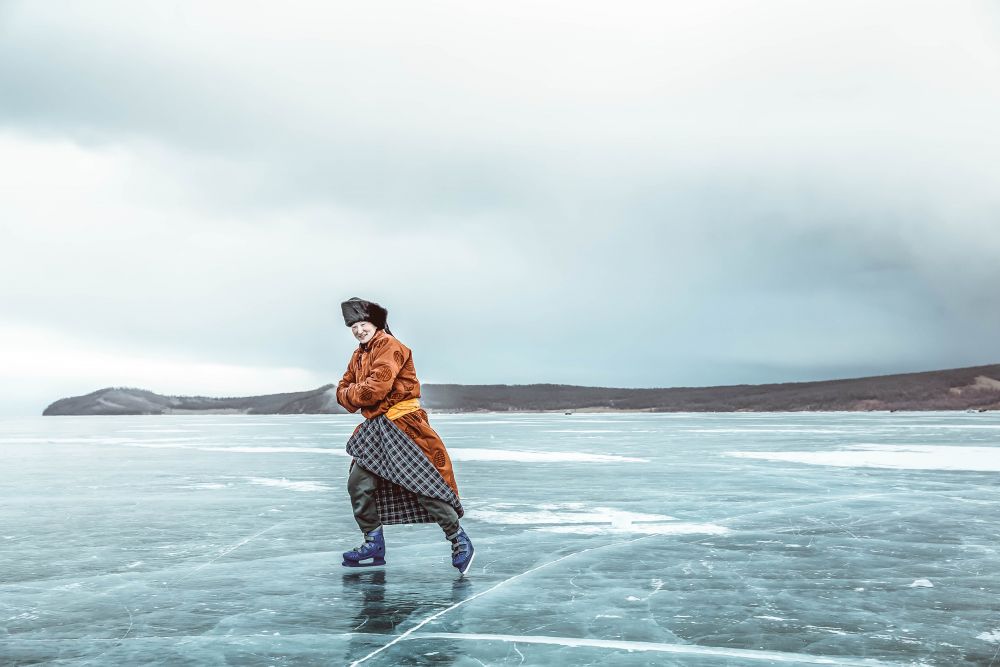 In a battle of Iceland vs. Mongolia, the two destinations are neck and neck. The only clear winner here is you, the traveler.

When it comes to hospitality, Mongolia is unmatched. Not even Iceland and its happy, friendly locals compare to what the nomads offer across the Mongolian steppe. Mongolians are, without a doubt, some of the friendliest people in the world.

Don’t believe us? Walk up to any ger (or yurt, the Russian word they’re more commonly known by), and you’ll find a place to share tsai (salty milk tea), food, and even be given a place to sleep.

Offering money in exchange for these things is a major taboo in Mongolia. Usually, the only price for this type of hospitality is gossip from the city. (Yes, really.) You can, however, offer up goods that you can part with – especially something like flour or oil that they use every day – as another way to pay your respects to the family that hosted you. The family may even offer something for you to take as a present in return. 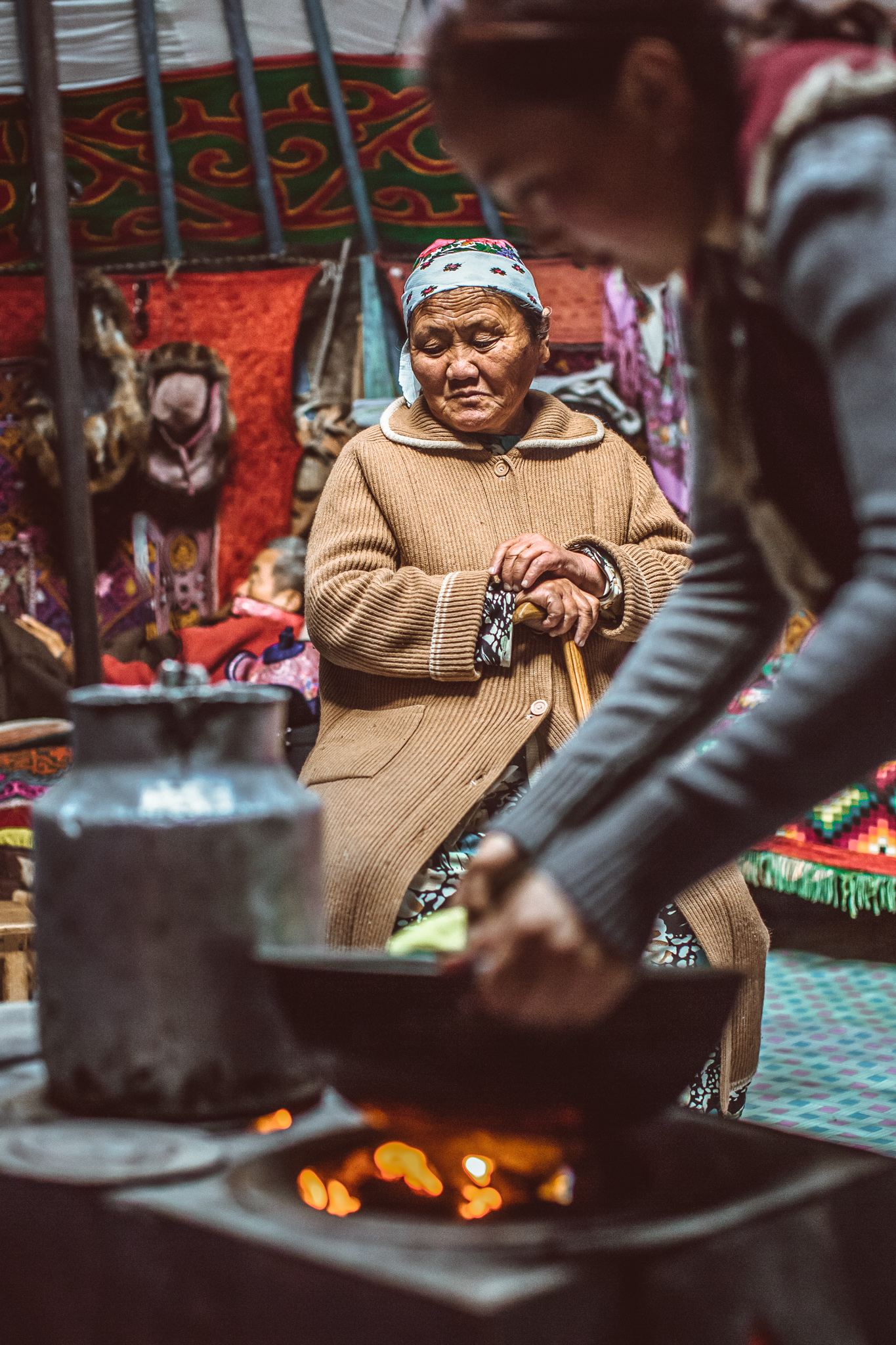 Safety. While Iceland is ranked as the world’s safest country, Mongolia doesn’t do too shabby on that list either, coming in at 39th. Safety concerns are indeed a bit different in Mongolia – and the dangers a bit more unexpected. (Old Mother Mongolia likes to keep travelers on their toes.)

This could mean a blizzard in July, hailstorms the size of golf balls, flooding rivers, freezing nightly temperatures – even in summer, and so much more aren't uncommon.

When it comes to safety with the locals, the same rules always apply – be aware, know your surroundings, and don’t be dumb.

Traditions. Now, there’s no denying that both Iceland and Mongolia are rich with them. Mongolia’s are just a bit more next level. Shamans. Tribes that ride reindeer. Locals who hunt foxes, wolves, and rabbits with magnificent Golden eagles and have for thousands of years. And don’t even get us started on ger traditions. When it comes to traditions, there’s no place richer with them than Mongolia. 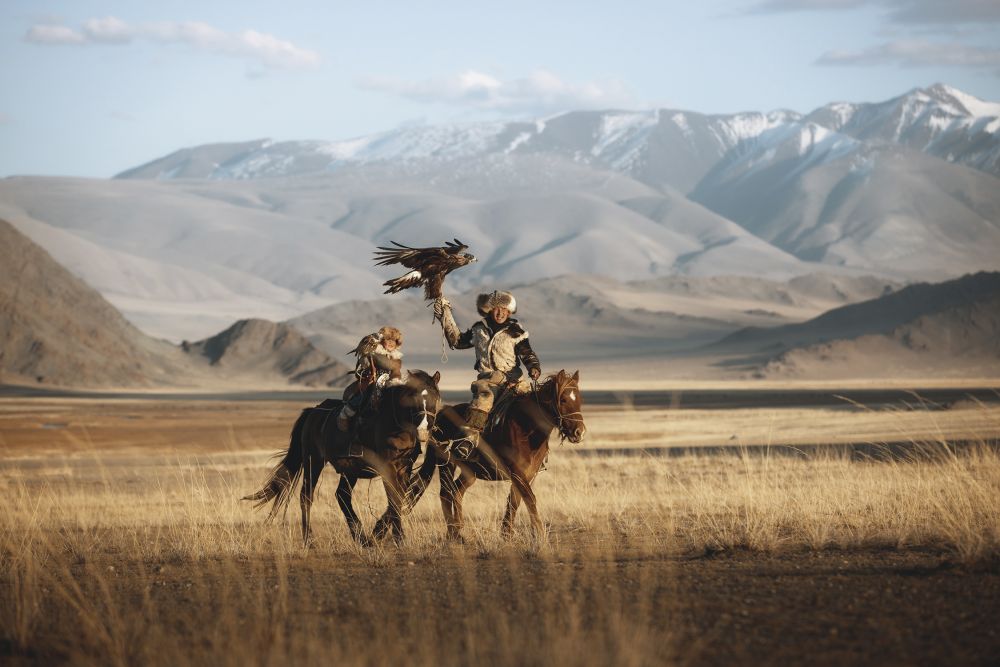 Let’s talk off-roading. Because, in Mongolia, once you leave the city, you leave the paved roads (for the most part). It’s a beautiful – and to some – an overwhelming thing. But, it’s also the thing that makes exploring here so worthwhile. This truly is a land that takes you where it wants you to go – delivering incredible views with every twist and turn. Oh, and a free Mongolian massage all along the way. Iceland’s paved roads and cleared paths are great for vans and those new to #vanlifing, but Mongolia takes that to a whole other – more adventurous – level.

This is also why tours like Follow the Tracks, a self-driving photography tour where GPS navigation, 4x4 cars, everything you need to cook and camp, as well as pre-planned routes with the country’s most photogenic spots are highlighted, are so genius. They give you everything you need – but give you the freedom to explore the country on your own, at your own pace, and in your own style.

With a car equipped with a rooftop tent, you’re ready to camp anywhere. And in Mongolia, that’s possible. Lands in Mongolia are public, so setting up camp for the night is much easier and less stressful than in places like Iceland, where your camping areas are more restricted, limited, and crowded.

In Mongolia, chances are there won’t be another camper in sight, literally giving you the steppe to yourself. Well, you and the sheep, camels, horses, cows, and wandering herders that will undoubtedly pay you a welcoming visit out of curiosity, that is. Just be sure to drive back from any dirt paths that might see traffic from the local nomads. 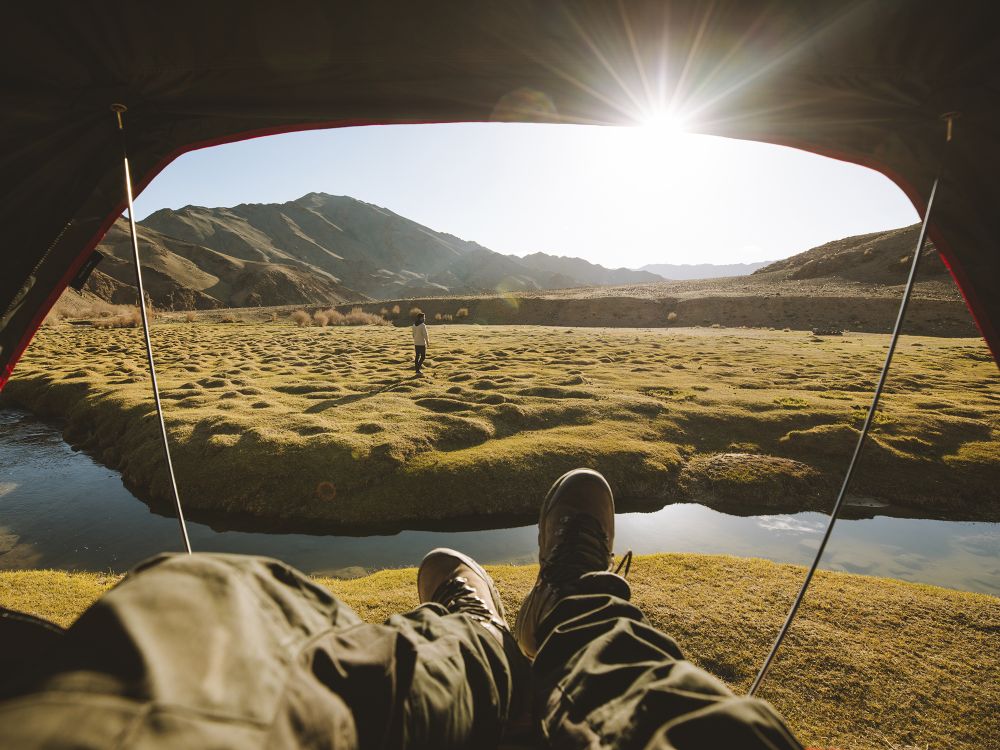 There’s even a Moto Mongolia trip that’s equally as badass for the extreme adventurers, all by way of vintage Russian Ural motorcycles with sidecars. Alternatively, you can rent a BMW G 650 GS and ride across Mongolia with the freedom of two wheels.

In Iceland, during the summer months, the Environment Agency of Iceland, Umhverfisstofnun, will take volunteers into the parks to work on conservation projects. While there is nothing of the sort within Mongolia, the nomads who live on these lands as they have for centuries are genuine ambassadors.

If you ask, even without speaking the language, these locals will teach you everything you need to know. From the deep-rooted traditions of their culture and lifestyle to everything you can imagine knowing about their herds. 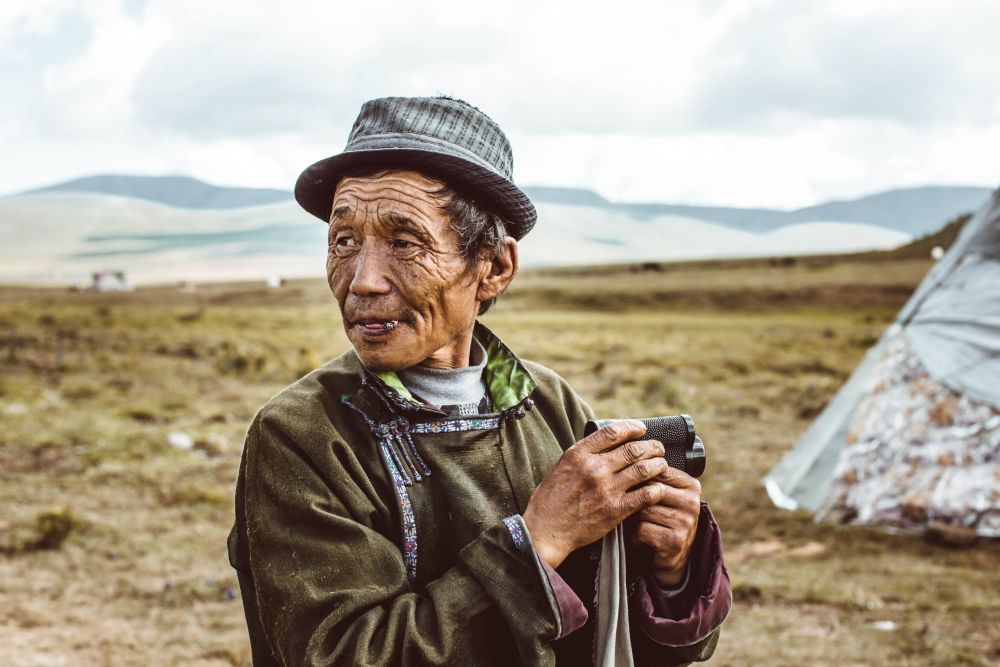 Park Costs and What to Expect in Mongolia’s National Parks

There’s no denying there’s a lot more information available on the old interwebs around camping, traveling, and visiting Iceland’s national parks than Mongolia’s. But that’s what we’re here for and why we’ve put together the park and travel cost comparisons below.

Don’t forget: you can ask us your Mongolia travel itinerary questions anytime here. 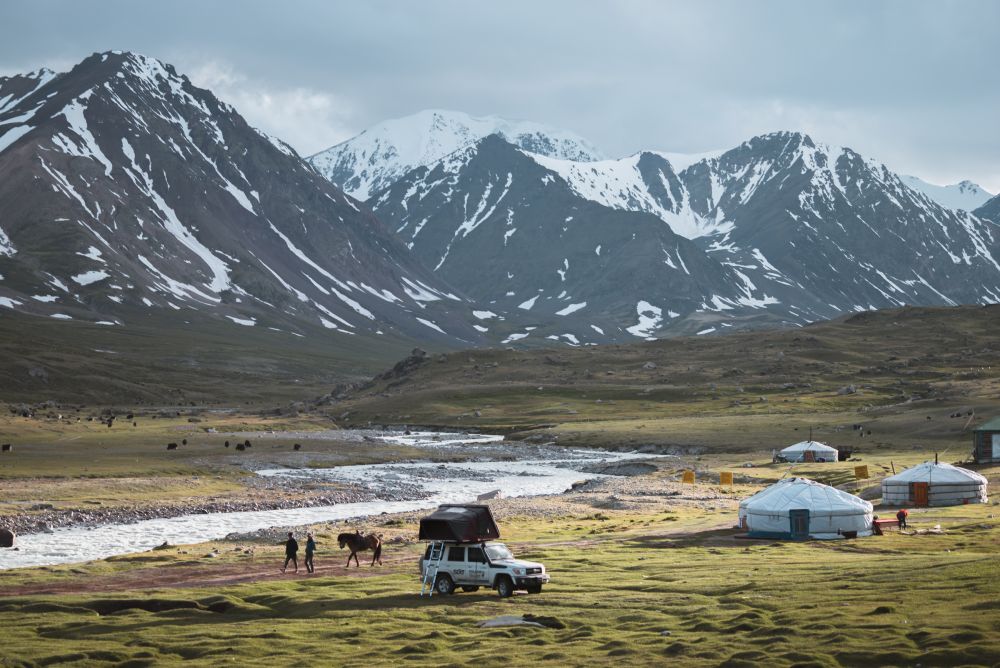 Photo by Jeff Spackman/Follow the Tracks

Iceland Speeding Ticket: $195- $460 depending on the amount over the speed limit

While flight prices are a bit higher to get to Mongolia, especially for Americans and Europeans, than they are to get to Iceland, the savings once you land are undeniable.

Mongolia is, as we like to call it, the wild, wild west. There are no fences. No borders. Animals roam free. Nomads set up camp where they want. And the chances of you running into another traveler are, let’s say, almost unheard of.

And that’s precisely what makes camping in Mongolia unique. Unlike in places like Iceland and in other developed countries where national parks are heavily protected and require permits that can sometimes be hard to obtain and are paired with expensive fees, Mongolia’s national park system is much more accessible. While there are still permits and entry fees, these costs are much lower, and these permits much easier to obtain. You can show up at the border patrol office, provide your passport, and be on your way in a relatively short amount of time. Compare that to the month-long waitlists some of the most popular national parks have around the world.

Not to mention, car and tent camping in Mongolia is free. Heck, even sleeping in a ger can come at no cost if you make friends with a nomadic family along your way. (Remember what we said about some of the most hospitable locals in the world!) 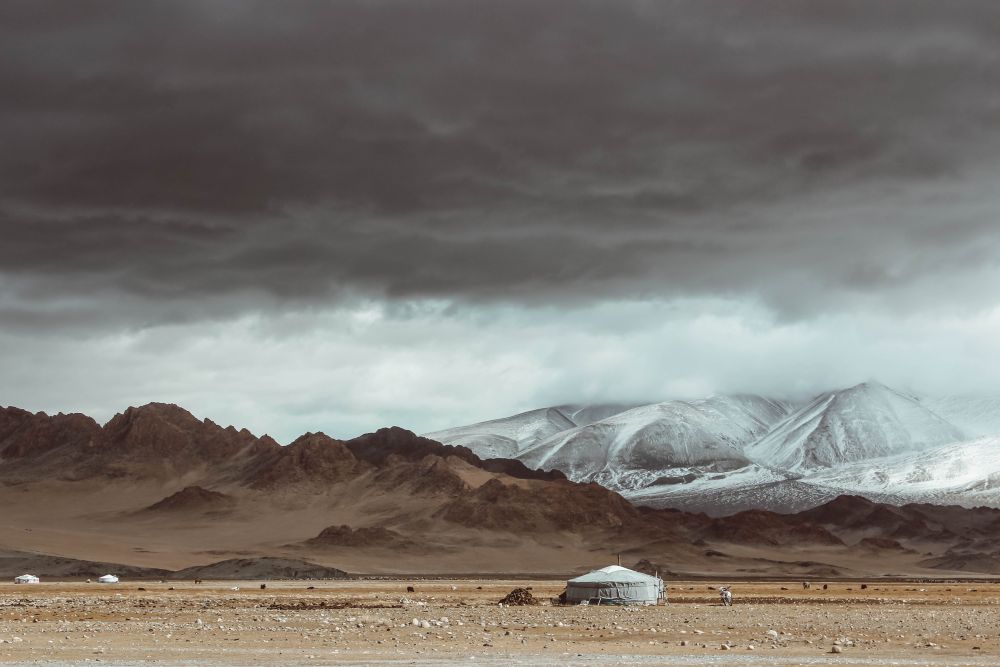 Drone Rules: What to Know about Flying a Drone in Iceland vs. Mongolia

In Iceland’s national parks (let’s take Vatnajökull National Park, for instance), it’s necessary to receive a special permit from the park rangers to operate a drone within the park’s limits. And, even then, specific areas within the park are off-limits for flying and filming.

Compare that to flying a drone in Mongolia, where the most extensive restrictions are near military bases and aviation facilities (for obvious reasons). Otherwise, you don’t need special permissions or licenses.

And (whisper voice), since there aren’t going to be any other traveler's insight, you’re free to fly at will. Keep your basic drone flying etiquette in mind – keep below 400 feet, away from large crowds, and be respectful of private property – and you’ll be fine.

Drone laws in Mongolia are dictated by the Mongolian Civil Aviation Authority (CAAM). If you have questions about flying your drone in Mongolia for recreational and commercial use, you can contact CAAM at ops@mcaa.gov.mn (for certificates & authorizations) or ans@mcaa.gov.mn (for airspace management), or by phone at (+976) 11 285 013.

Even Expert Iceland Travelers Agree – Mongolia Really is Something Special

As part of a Follow the Tracks tour, Sorelle Amore and her husband Leon Hill set off across Mongolia on the adventure of a lifetime. Sorelle has more than one million YouTube subscribers thanks to her ability to showcase some of the world's most unique and beautiful places, which is what brought her to Mongolia.

“You have sand dunes. You got some camels. And all of us are sleeping in gers. It might be one of the most beautiful places I’ve ever stayed in my entire life.”

Those are some bold statements coming from someone who lives in Iceland. But, Mongolia is a bold place. And a place that makes an impression on everyone. Even one of the most experienced and respected travelers in the world.

However, if a more – we’ll say – full-service off-roading experience is more up your alley (which, we get, to be honest), tours such as Escape to Mongolia and LIQUI MOLY’s Extreme Off-road Tour, where a guide, crew, and support vehicles join you an a one week intense guided 4x4 expedition across Mongolia are another way to experience this off-roaders paradise. But with much less anxiety. Hello, support crew!

Spiritual Roadtrip to the Energy Center