The Altai Mountains is a mountain range located in Central and East Asia, where Russia, China, Mongolia and Kazakhstan borders. Altai Tavan Bogd has some of the most stunning sceneries in Mongolia with towering mountains, breathtaking glaciers, green valleys and crystal lakes. Also, on the way to the mountains, you’ll have enough time to visit other beautiful spots through off-road tracks. 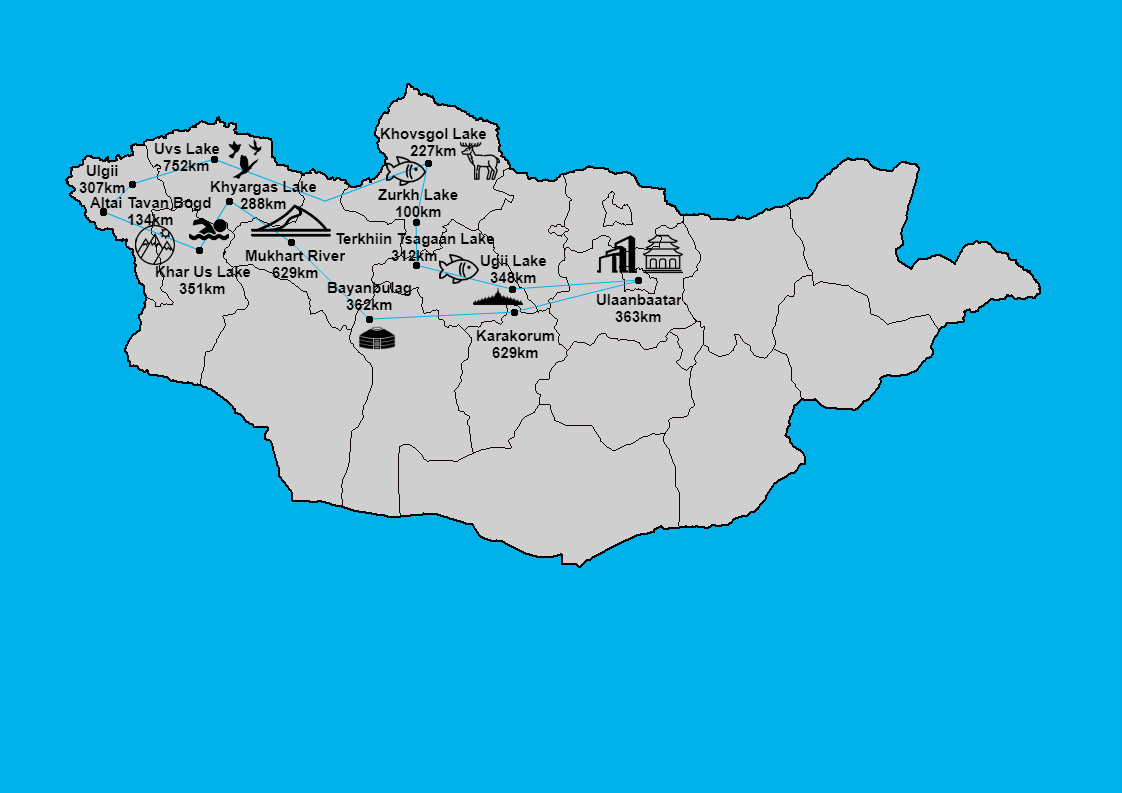 Arrive in Ulaanbaatar city and see around the city before heading out to the Altai Mountains. Start your city tour at the Sukhbaatar Square and visit the close by Choijin Lama Temple. The area is ideal for your lunch break with several good restaurants around the temple like Millies, Silk Road, Veranda, Choijin Temple Restaurant and more restaurants and coffee shops are in the close by Shangri La mall. Continue your afternoon with a visit to the Gandantegchinlen Monastery and Zaisan Memorial with a great view over the city.

Located in eastern Arkhangai, Ugii Lake is famous for its bird life. It has 150 types of aquatic birds such as cape barren goose, spoonbill, dalmatian pelican cranes and ducks. Also the lake is known for its fishing such as perch and luce. Besides you can enjoy swimming, sunbath, horse and camel riding, and hiking.

Terkhiin Tsagaan Lake has pikes and many other species of fish. There’s an extinct volcano named Khorgo located east from Terkhiin Tsagaan Lake. You can go hiking and fishing. This beautiful area has great wildlife as you may see chitals, marsh deer, wild boars, ducks or great cormorants.

Zurkh Lake is located near the center of Shine-Ider soum. It’s a small lake with various types of fishes and could be found on the way to Uvs Lake.

Khovsgol Lake and the area surrounding it is a paradise for outdoor travelers and there are plenty of room for activities like hiking, bird watching, fishing, horseback riding and kayaking. It's inhabited by nine species of fish including the Siberian grayling, sturgeon and lenok and the area is rich with various species of flora and fauna. The region hosts three separate unique nomads: Darkhad, Buriat and Tsaatan(Reindeer herders).

Uvs Lake’s surface covers over 3400km2, making it Mongolia’s largest lake and the water is said to be saltier than the ocean. The area around the lake is ideal for bird watching. Over 300 bird species are documented around the area such as gulls, geese, spoonbills, cranes, eagles and white-headed duck. 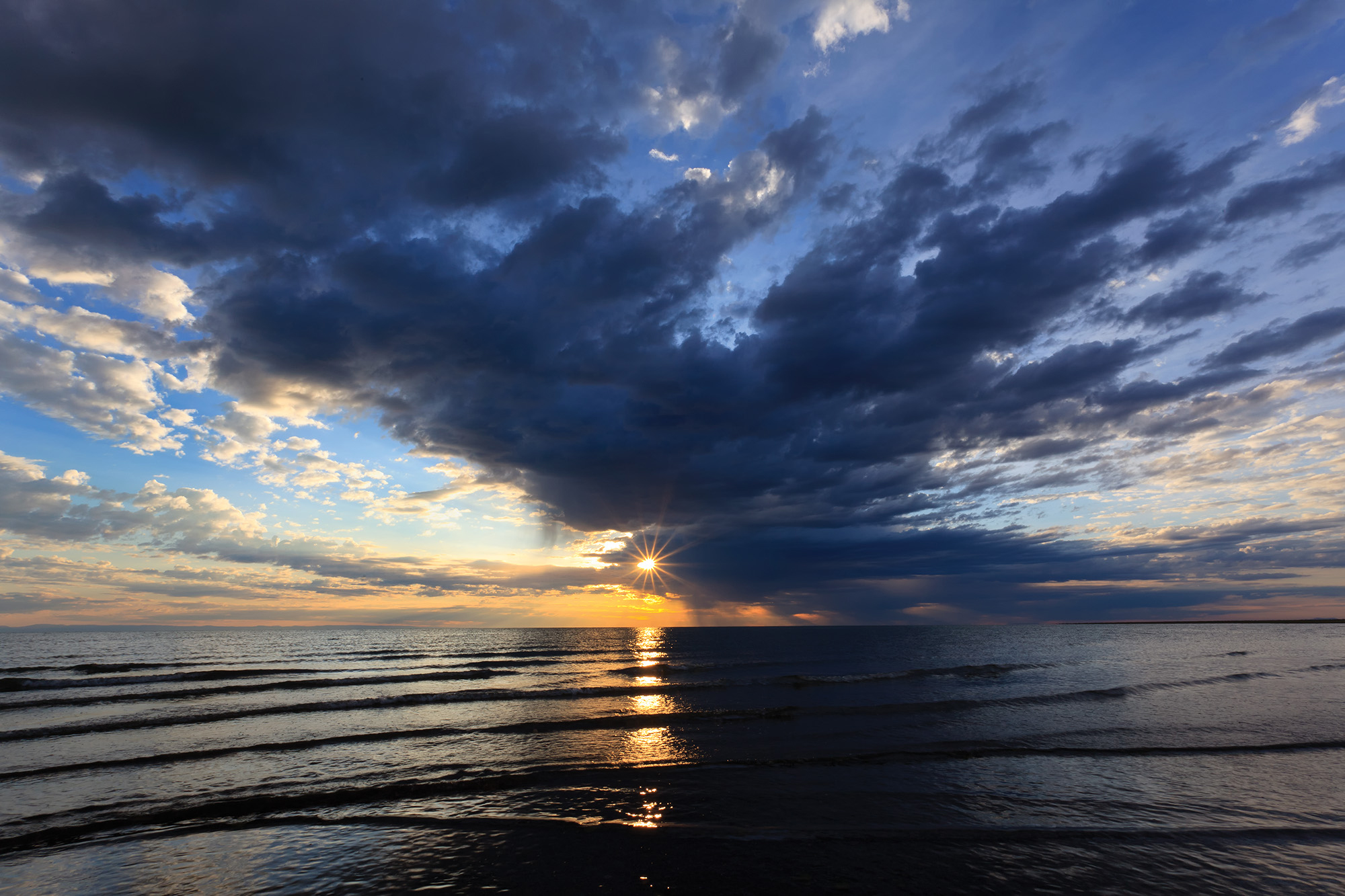 Ulgii is the capital of Bayan-Ulgii province and it is the center of the predominantly Kazakh region of Mongolia. Stay overnight and drive to Altai Tavan Bogd.

Khar Us Lake is Mongolia's third biggest lake by area with 1578km2 surface, and it is home to wild ducks, geese, wood grouse, partridges and rare sea birds. Although, the lake is swarmed by mosquitos it’s a great spot for bird watching.

Khyargas lake has rare fish such as mongolian grayling, pikes, different types of herrings as well as migratory birds. On the south side there’s white cliff called Khetsuu Khad and it has stunning view. Swimming and bird watching are recommended here.

Mukhart River is a small river flowing on 200km along the Bor Khyar Dunes, forming a lovely oasis. The source of this river is lovely Bor Khyar Dunes as it spontaneously springs as well as spontaneously disappears in the dunes. You can enjoy the view from the top of the sand dunes and try out camel riding.

Stay overnight and head out to the ancient city of Karakorum.

Day 19. Back to Ulaanbaatar

Wake up early and drive back to Ulaanbaatar.