Sitting here wishing you were out fishing? Winter season makes you feel  bored? Time to escape to Mongolia for some hard-core ice-fishing! One of the best places for ice fishing in Mongolia is Khuvsgul lake (for grayling and lenock) or Terkhiin Tsagaan Lake (for pike).

Located 650 km away from Ulaanbaatar, Khuvsgul lake is surrounded by mountain ranges in land of reindeer herders and shamanic rituals. A trip here is a truly unforgettable experience and being one of the highlights of Mongolia. One of the most interesting times to visit Khuvsgul is in February when the lake is frozen and hosts the Khuvsgul ice festival focused on winter sports such as ice fishing, horse sleigh racing, skating and skiing. The highlight of the area is the ethnic reindeers' herders called Tsaatan. This ethnic groups of Turkic origin related to the Tuvans are the most exotic and mystical people with small numbers, inhabit in the amazing beautiful taigas. Tsaatan people worship "the Eternal Blue Sky and Mother Earth" and retained an ancient, unusual culture based on shamanistic rituals and forest-based reindeer-herding. Shamanism, rather than Buddhism, is the religion of choice in these parts. 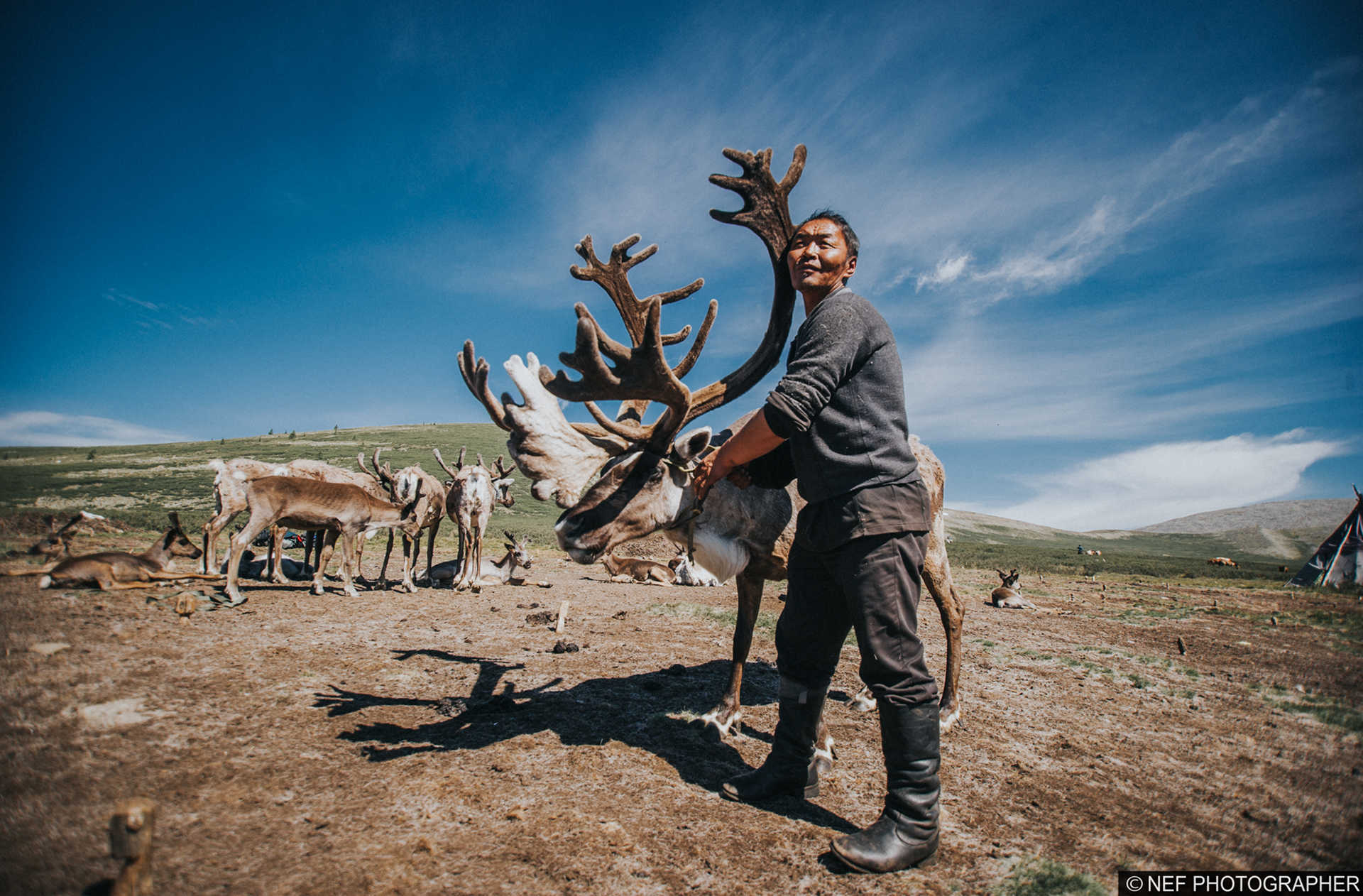 Surrounded by extinct and craters volcanoes (part of the Tarvagatain Nuruu range), Terkhiin Tsagaan Lake is not as forested or as large as Khuvsgul Lake, but it is closer to Ulaanbaatar and completely undeveloped. The lake is 16 kilometers wide, 4 to 10 meters deep and over 20 kilometers in length. It supports Pike, Taimen, Lenok, Sig, Siberian Grayling, Roach and Burbot. As the lake is 2060 above sea level it is frozen until June.

The rivers and lakes of Bayan-Olgii, Western part of Mongolia, are also great spots for fishing and stocked full of trout, salmon, and other freshwater fish. Ice fishing as well as fly fishing are especially popular. All of Bayan-Olgii drains into the Great Lakes depression of Mongolia, and is a self contained watershed. There are 5 species of fish that inhabit this watershed including the Taimen, Lenok Trout, Osman, Grayling, and Pike. Fish in Mongolia can be quite big with the Taimen weighing over 30 kg, making the large salmon prized by anglers around the world. Even if fly fishing is great all summer with the best time being July to September, however the ice fishing offers the largest catches. The locals prefer fishing during the cold winter months when the thick ice traps fish in a limited number of deep water holes.

A fisherman should take note of catch-and-release rules, particularly for the dwindling taimen population, and be sure to buy fishing permits in the local town before hitting the water. Permits for national parks you can get  from the park office, which are valid for two days of 10 fish, whichever comes first. While it's relatively easy to get a fishing permit in a national park, buying one for other areas is much more difficult. Anglers must have a special permit authorized by the Ministry of Nature and Green Development or through the tour operator as a tourist. If you need any assistance in organizing your permit for fishing in winter, please contact us for further details.