There are numerous stones that shaped like various different things all over the mountain. For example the famous Nine Pots, pig head, sea turtle, pigeon and so on. The stone pots are quite deep with their depth reaching 2-8m and when the rain fills the first pot, a small waterfall gets created streaming down to the second pot over a 40-50cm long stone doorsill. 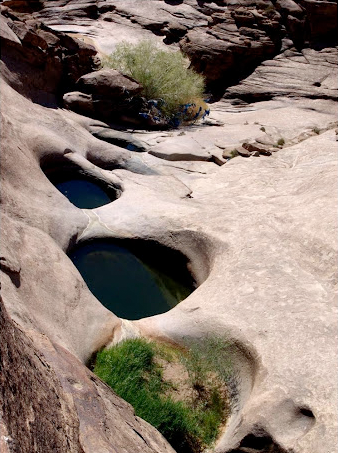 Besides these fascinating stone pots there is a cave house right near the pots. After a thorough research it was discovered that a monk named Ravdan built and occupied this cave from 1923 to 1928 hence the cave is called Monk Cave.