Regular flights are available from major cities including Berlin, Moscow, Seoul, Beijing, Tokyo, Singapore, Hong Kong, Osaka (served exclusively during the summer), Bishkek, and Istanbul to Ulaanbaatar. More details about all the airlines in Mongolia are given below.

The following are the airlines listed on Wikipedia the free encyclopedia that provide international scheduled services and regular flights to international destinations.

The following is the list of airlines in Mongolia that provide cargo service to and from different destinations. 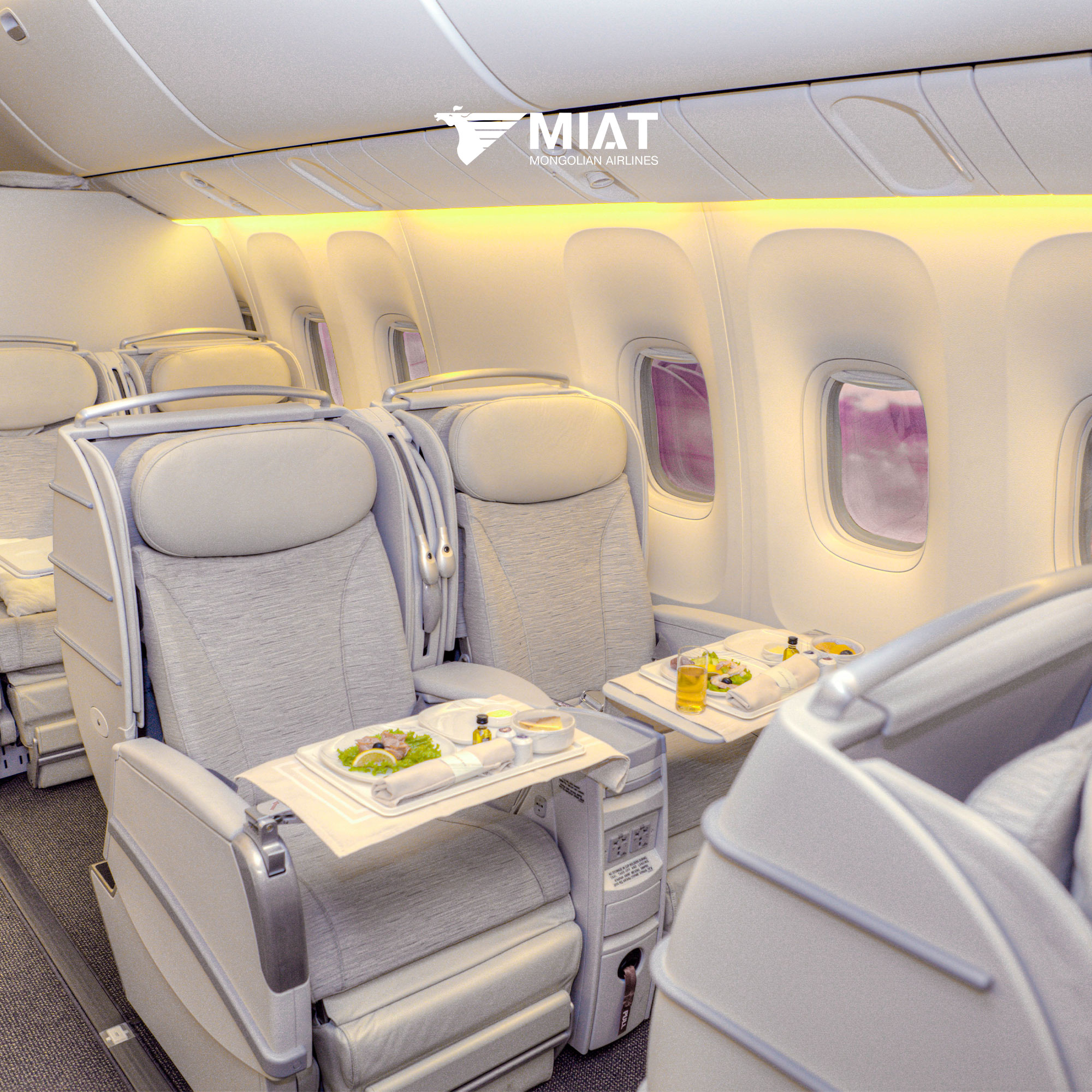 Three Boeing 737-800s, one Boeing 737 Max aircraft, and one Boeing 767-300 ER aircraft, with another Boeing 787 on order. MIAT flew to the United States for the very first time in its history on June 21, 2020. They flew from Ulaanbaatar to Seattle on a Boeing 767-300, making it the first non-stop flight connecting Mongolia and the USA. 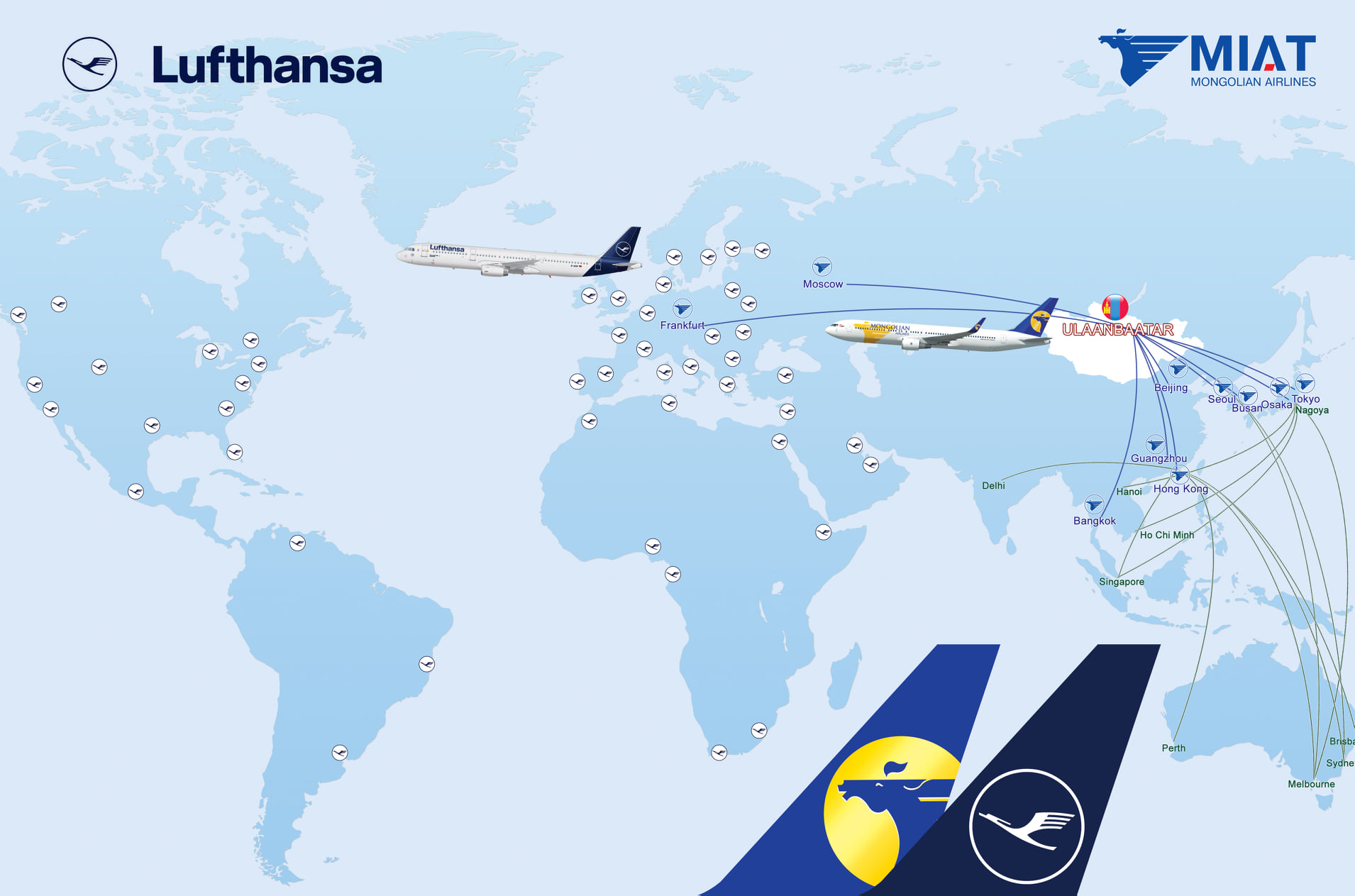 Aero Mongolia stands second in the list of airlines and is also among Mongolia's two national airlines. Its headquarters are on the 3rd floor of Ulaanbaatar's Buyant-Ukhaa International Airport. It flies to 11 domestic routes and also has international scheduled flights to Irkutsk, Russia, and Hohhot, China. Chinggis Khaan Airport is its main hub.

The airline was founded in 2001 and flew its first domestic route on May 25, 2003. It flies to 3 international destinations and 12 domestic locations.

The fleet of Aero Mongolia Consists of the Following Aircraft

Aero Mongolia's frequent-flier program is called SKYMILES. It primarily references the reward card offered to regular flyers by Aero Mongolia. Passengers can earn 10 tugriks (MNT) for every kilometer flown under the scheme.

Savings will be calculated automatically (depending on flight distance) and credited to the bonus card of the traveler. Passengers can make use of their discounts at any time.

More Information About The Airline

To know more details about the flights and routes of Aero Mongolia, please check the site their official company website on a browser.

The total number of domestic airports served by Hunnu Airlines is 10. Hunnu Airlines also fly internationally to and from China, France, Hong Kong, Japan, Kazakhstan, Kyrgyzstan, and Russia. You can check more details about the airline's flight routes on their website.

The fourth on the list of airlines in Mongolia Eznis Airways LLC is a Mongolian scheduled passenger airline headquartered in Ulaanbaatar. It was originally Mongolia's largest domestic airline, serving a number of domestic destinations as well as international destinations such as Hong Kong and Russia. It was also authorized to conduct international services to Kazakhstan but did not do so. In 2014, the airline halted all operations, however, in 2019, it resumed operations. 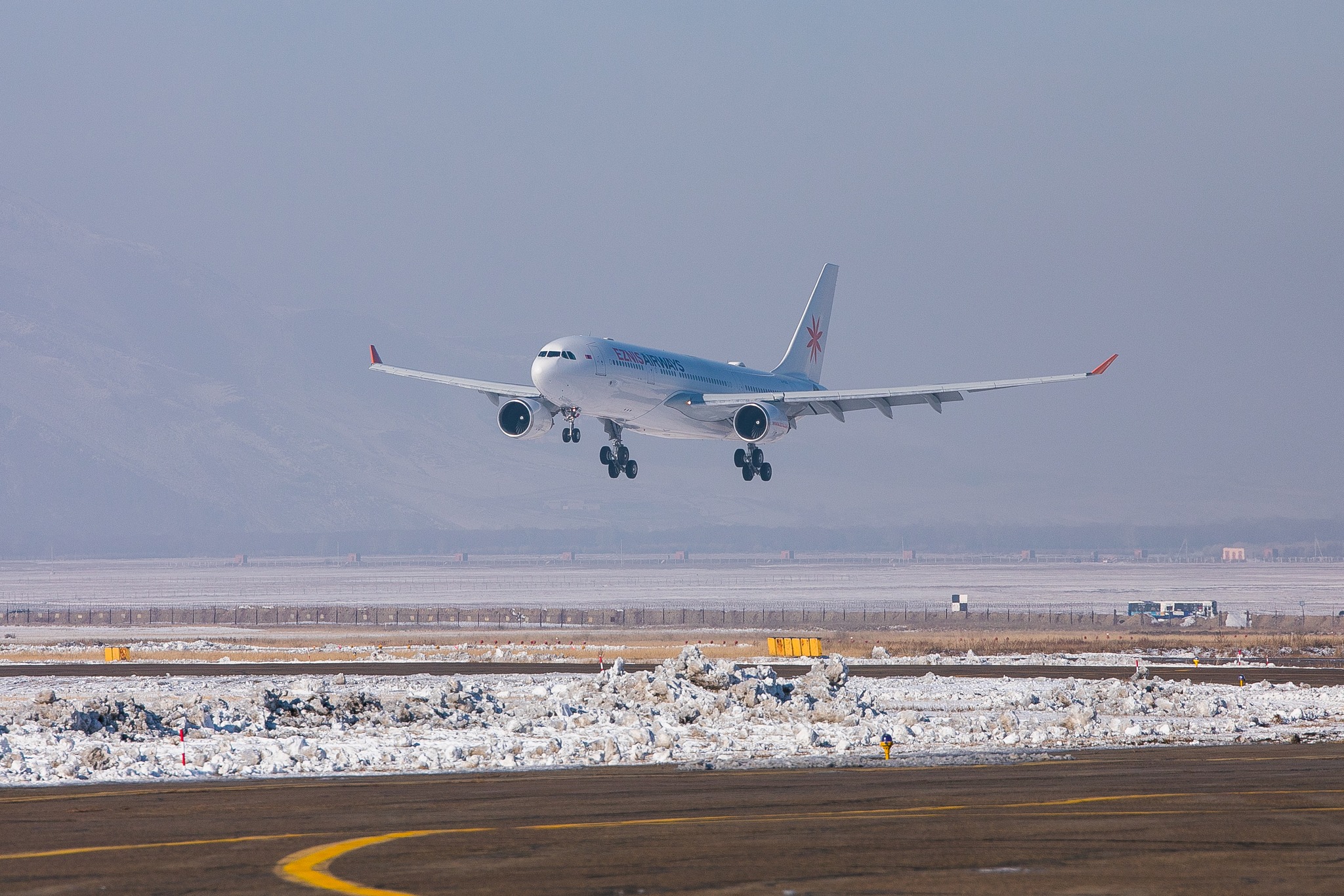 The airline serves Busan in South Korea, Hong Kong, and several domestic airports in Mongolia. Eznis airlines operate 2 Boeing 737-700 on these routes and follow the strategy of providing Scheduled services in line with charter services on additional terms. More details can be found on their website. You can check the website and plan and apply your trip strategy accordingly.

Domestic Airports in Mongolia and Airlines Flying There

Chinggis Khan International in Ulan Bator is the departure point for domestic flights in Mongolia. The information on the key domestic airports in Mongolia for commercial flights and airlines flying there is listed below.

Does Mongolia have an airline?

Mongolian Airlines is a Mongolian airline that flies as Mongolia's official airline under the short name MIAT. Chinggis Khaan International Flight Centre Ulaanbaatar is where the company's headquarters are located. MIAT has 12 destination locations in eight countries.

How do you get to Mongolia from the UK?

There are no direct trips between the United Kingdom and Ulaanbaatar. From Europe MIAT Mongolian Airlines flies from Berlin and Frankfurt (Frankfurt during summer only). Turkish Airlines and Aeroflot offer flights from Istanbul and Moscow, respectively.

How do you get to Mongolia?

Mongolia can be reached primarily by train or by plane. MIAT Mongolian Airlines has year-round flights to Europe, including Berlin via Moscow, Beijing, Seoul, Tokyo, and Irkutsk (Russia). During the summer, additional flights to Osaka and Nagoya are scheduled.

Does Mongolia have an airport?

What airlines fly out of Mongolia?

How many international airports are in Mongolia?

What is the national airline of Mongolia?

MIAT Mongolian Airlines is the national airline of Mongolia.

How can I fly to Mongolia?

Mongolia can be reached primarily by train or by plane. MIAT Mongolian Airlines has year-round flights to Europe, including Berlin via Moscow, Beijing, Seoul, Tokyo, and Irkutsk (Russia). During the summer, additional flights to Osaka and Nagoya are scheduled.

How do you get to Mongolia from the US?

When flying from the United States, you'll arrive at the Chinggis Khaan International Airport (ULN), which is 15 kilometers from Ulaanbaatar, Mongolia's capital. It will, however, necessitate a few connecting flights. From Seoul, you may take a connecting trip to Ulaanbaatar with Korean Air.

Is it safe to live in Mongolia?

Always be aware of your surroundings and take care, particularly during your travel and when taking public transportation. Although violent acts like robbery and sexual assault do occur periodically, the amount of crime attempted against foreign citizens in Mongolia is nonviolent.

How long is the flight from Sydney to Mongolia?

The shortest direct flight time between Sydney and Mongolia is approximately 20 hours and 30 minutes.

From Goat to Coat: What to Know and Where to Buy the Best Mongolian Cashmere