Khermen Tsav (Wall Fissure) holds more of a paleontological value as the first dinosaur skeleton discovered in Mongolia was found from here. Scientists suggest 200 million years ago, this place was bottom of the ocean and throughout history a lot of different types of species other than dinosaurs inhabited the area and fossils from those mammals, birds and aquatic life have been found too.

But do not mistake, the landscape itself is not to be sniffed at. The view is spectacular to gaze at and these canyons made of red mud rocks are visually just as valuable as what it holds underneath it. 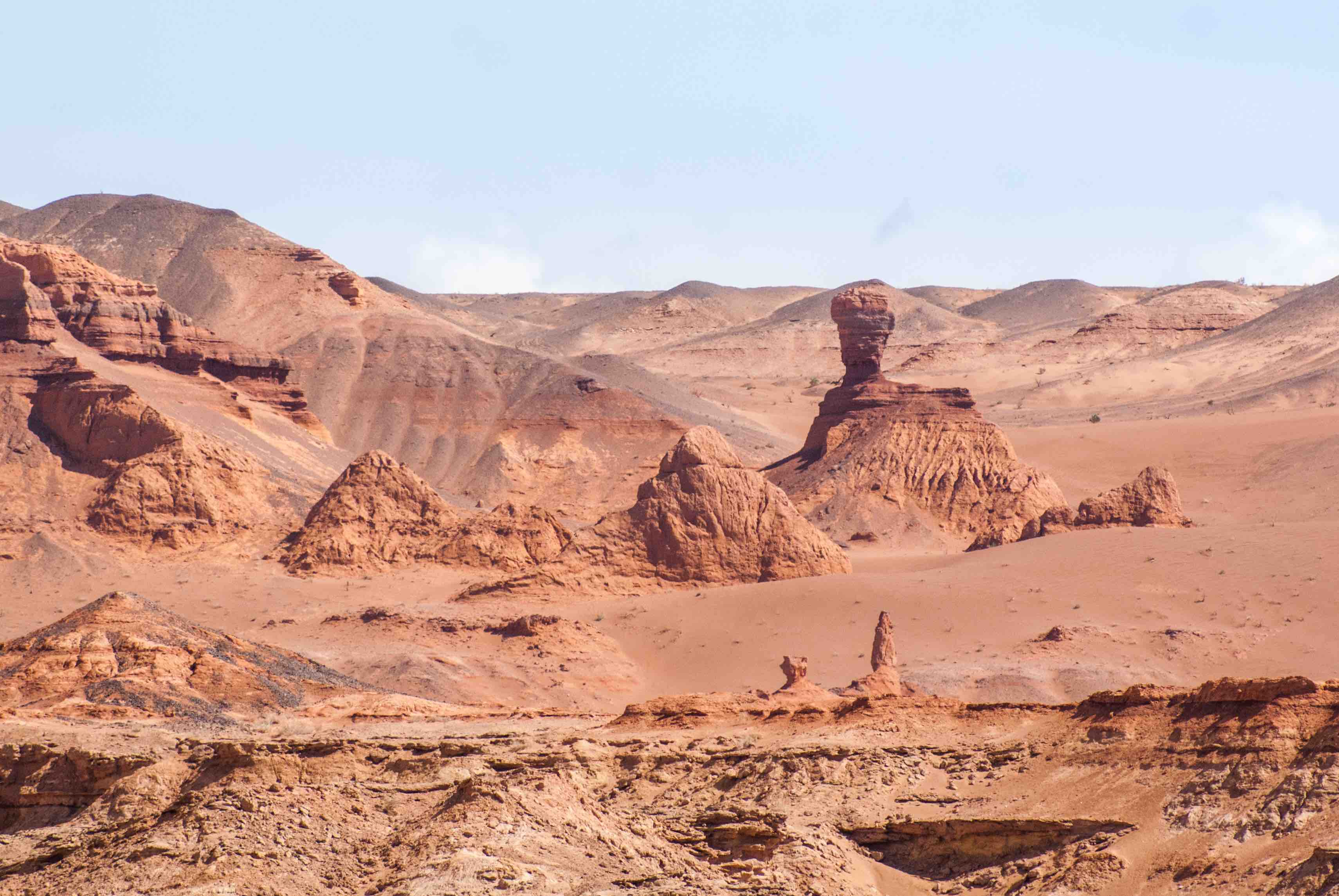 Located in Gurvantes soum of Omnogovi province, Khermen Tsav precipice stretches 10 km across the gobi desert and covers 25 square km. Also, if you are planning to add Khermen Tsav to your Gobi Gurvan Saikhan National Park expedition, be noted that it is 450km away from Dalanzadgad city and 250km away from Khongor Sand Dunes. The place is hard to get to and far from the next gas station. Special preparations for driving there are required.

From Goat to Coat: What to Know and Where to Buy the Best Mongolian Cashmere