Huvsgul, or Khövsgöl, is the most northerly of Mongolia’s 21 aimags, jutting up into the taiga forest of Siberia. The mountainous province gets its name from its most famous attraction, Lake Huvsgul, the largest freshwater lake in Mongolia. Nicknamed the ‘younger sister’ to Lake Baikal across the border in Russia, this stunning stretch of cobalt blue is 136 kilometers long and over 250 meters deep. It’s ancient, too, being more than two million years old, and exceptionally pure – the water is said to be safe to drink at source, though filtering is recommended. 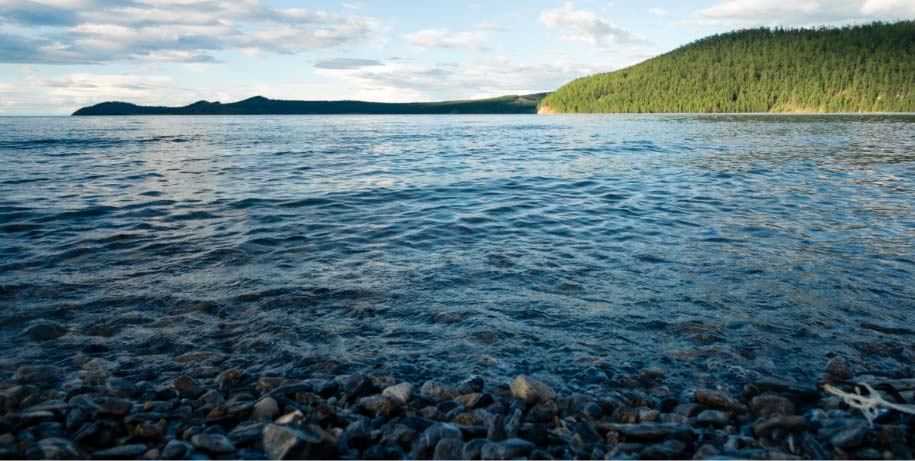 In 1992 the area around Huvsgul was made into a national park, and it’s a region rich in wildlife. On shore, you can spot ibex, argali sheep, bear, sable and moose, while the lake itself is teeming with sturgeon and salmon, making it popular with anglers. Hiking or riding along the shoreline, and overnighting in nomad ger, is the best way to experience this natural wonder.

The wider Huvsgul region is home to a diverse array of Mongolian ethnic groups, including the Darkhad and Tsaatan, known for their practice of shamanism, the country’s original native religion from before the spread of Buddhism. In the far north of the province, the dwindling Tsaatan people still practice reindeer herding and live in tepee-like tents. 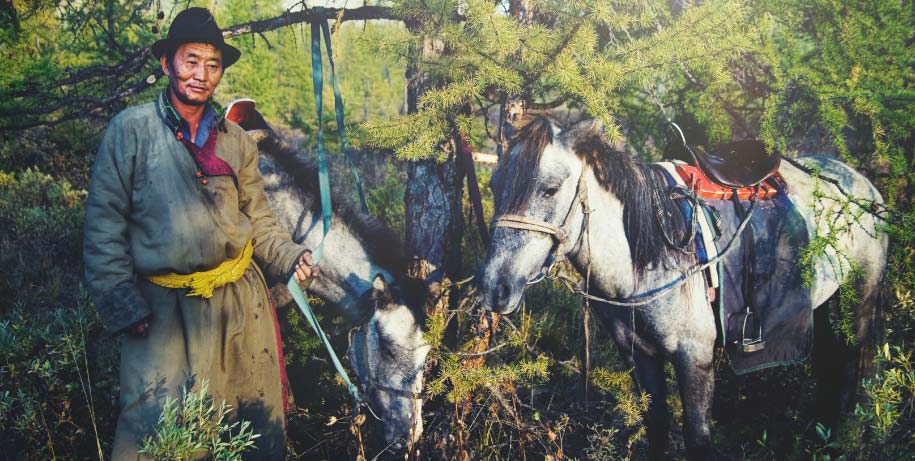 The aimag’s capital Mörön is a sparsely developed town, connected to Ulaanbaatar by a paved road completed in 2014, though most visitors arrive from the capital via its small airport. The Khövsgöl Aimag Museum has a host of dusty artefacts to uncover, including the tusk of a woolly mammoth said to be at last 40,000 years old. On the edge of town, the rebuilt Danzandarjaa Monastery, with around 40 practicing monks, is worth a look. At its height it was home to more than 2,000 monks, before it was destroyed during the Stalinist repressions in 1937.

Yamaan Us Petroglyphs in Khovd