Escape complete and free your mind… We found the best solution for you to travel independently through Mongolia with the comfort and flexibility, avoiding the epic crowds of tourists.

Get an airport transfer, experience the luxury of 5* hotel and take a scenic drive to the ancient capital city and the Gobi desert through the empty steppes and untouched breathtaking nature...

Here is your travel hack!

Get your keys at Kempinski reception on the 2nd day between 9:00-11:00 am. Return your keys prior 1 day before your departure at the reception between 5:00-8:00 pm. Vehicle upgrade to a Pick-up truck (e.g.: Ford Ranger, Nissan Navara , VW Amarok) or a larger SUV is available upon request. Please note USD$500 security deposit is required for the car hire service.

12 days, extension is available upon request

Please bring your own sleeping bags! 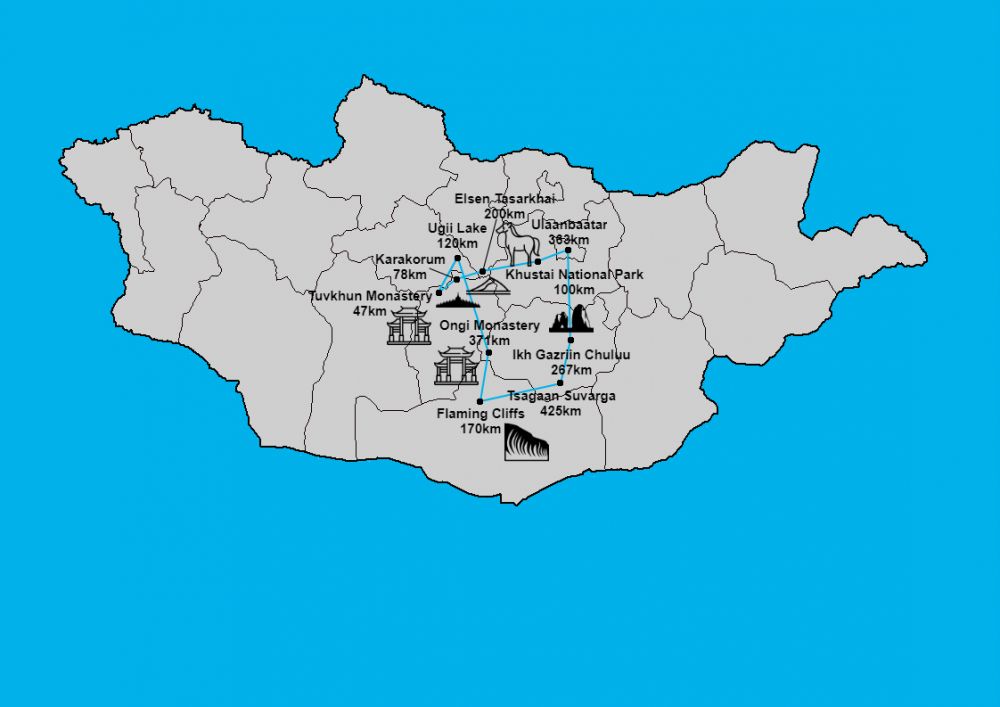 SIXT Limousine Service will pick you up upon your arrival at Ulaanbaatar Airport or Ulaanbaatar Central Train Station and drive you to the Kempinski Khan Palace Hotel.

Start your city tour at the Sukhbaatar Square and visit the close by Choijin Lama Temple. The area is ideal for your lunch break with several good restaurants around the temple like Millies, Silk Road, Veranda, Choijin Temple Restaurant and more restaurants and coffee shops are in the close by Shangri La mall.

Continue your afternoon with a visit to the Gandantegchinlen Monastery and Zaisan Memorial with a great view over the city.

End the day by attending the Tumen Ekh Ensemble - one of the best national song and dance ensembles in Mongolia.

*Contact us for city tour guide bookings and tickets to the Tumen Ekh Ensemble. 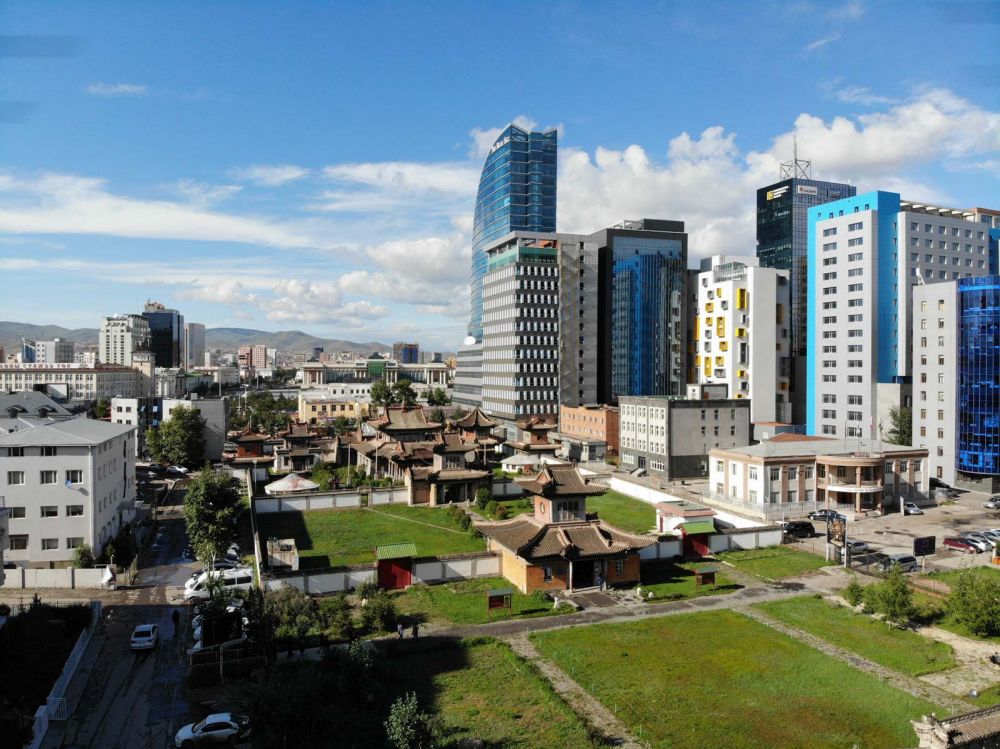 Start your trip at Khustai Mountains. Khustain National Park provides more of a wild experience through out the year. The main reason many people visit this park is to observe the Takhi (Przewalski's) horses, the last remaining wild horse species in the world. During the summer months the Takhi horse head to the ridges to escape the increasing heat. They come down into the valleys at the cooler times of day. It’s worth spending at least one night in the park, as you are most likely to see Takhi and other wildlife at dusk or dawn. However, as with all wildlife, they can prove to be elusive. 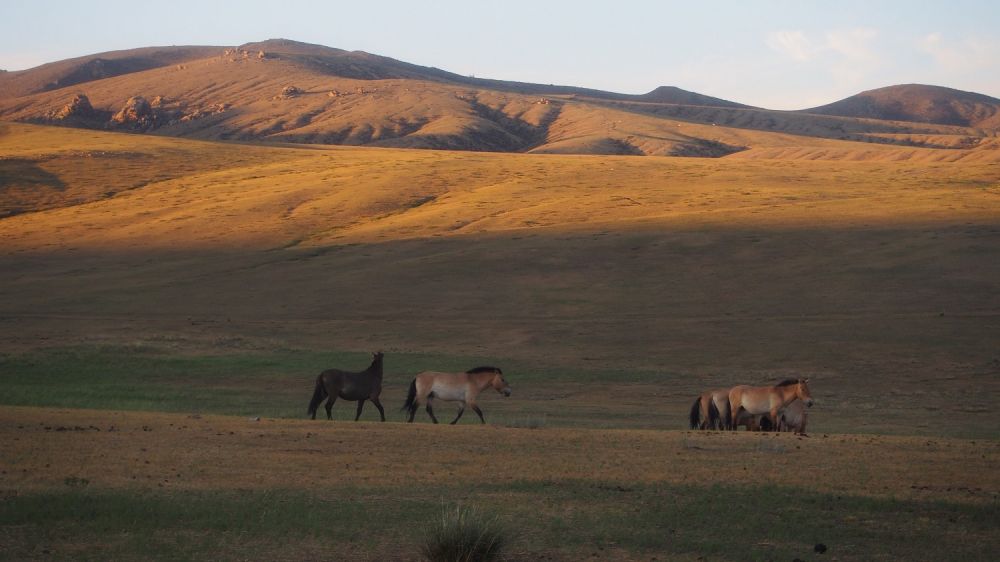 Elsen Tasarkhai is your next stop. Located 280 km west of Ulaanbaatar and 80 km east of Karakorum, this area is a small sequence of real desert in the midst of green steppes. Drive to Erdene Khamba Monastery ruins, which is only 18 km north from Elsen Tasarkhai. Also ride the horses and camels proposed by tourist camps of this area. Take a break for the picnic and then continue your road trip to Karakorum city. Time to head for a sleeping place. End up for the night in the tent nearby the city or experience the local hotel or a family guesthouse. 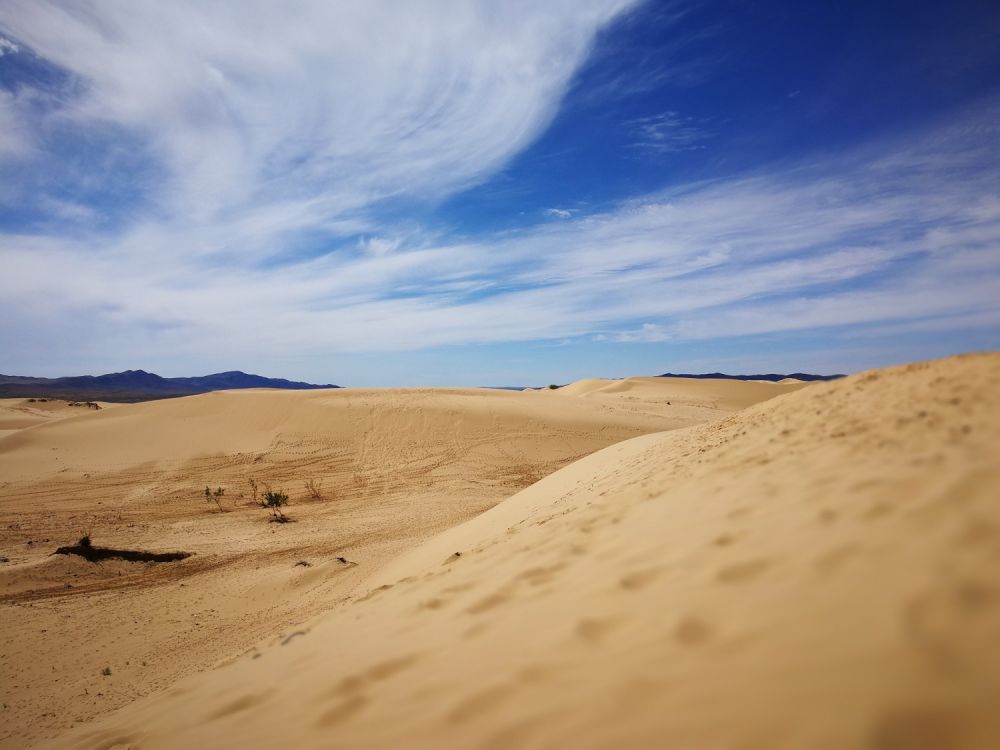 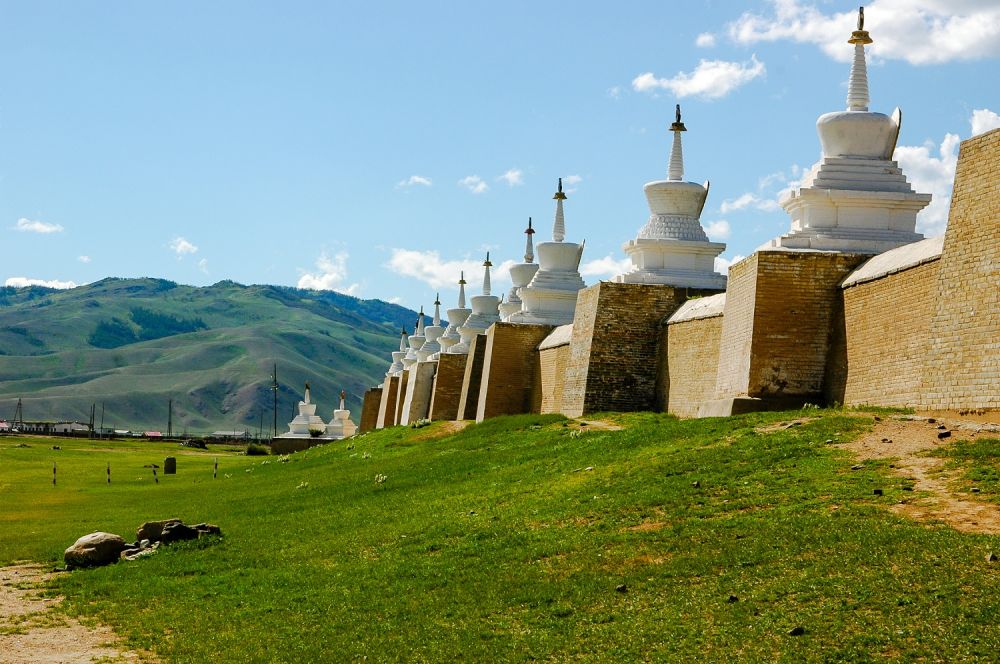 Also known as Ulaan Tsutgalan (Red Waterfall), Orkhon Watefall is a must see and the most beautiful place in central Mongolia. If you’re interested in ice climbing, you can come here in winter. The waterfall stays frozen from mid November to late March for about 130 days during the winter. Ice wall is 24m tall and it is formed 85-90 degrees vertical. And there’s a remote location called Khuisiin Naiman Nuur (Khuisiin 8 Lake) 30km away from the waterfall to the north. It has eight lakes with different sizes and the distance between them ranges from 500m to 3km.

Drive to Tuvkhun Monastery and explore its beautiful area, which is located in the dense forested and picturesque mountain Shijvee. There are several temples, a small cave for meditation and another cave called Mother belly. Go for hiking to rocky hills and enjoy the stunning beauty of the wild nature. Find a nice spot on the hills around the monastery for your HEIMPLANET tent and stay there overnight. 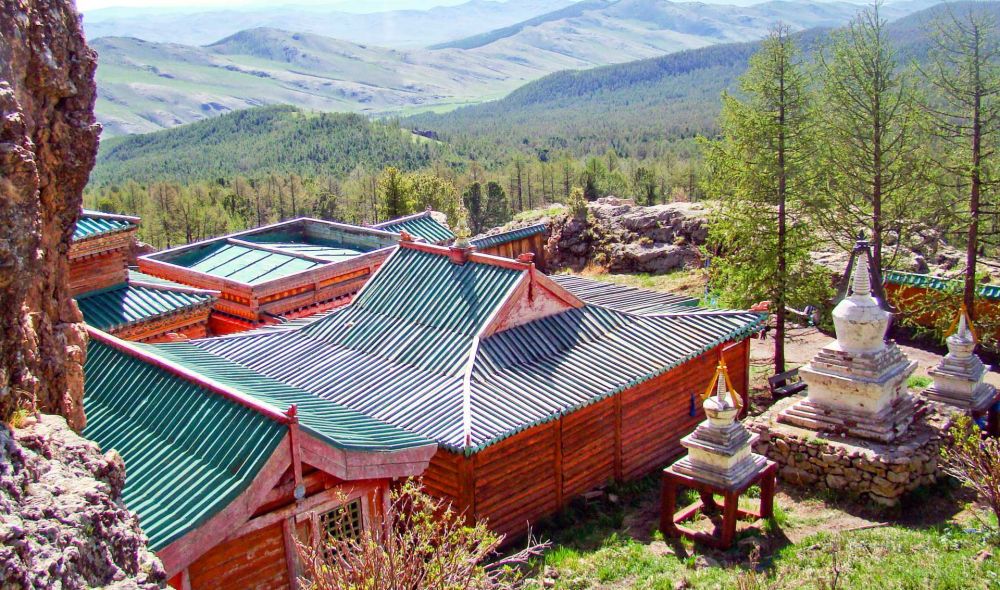 Time to explore one of the biggest (freshwater) lakes of Mongolia. Drive to Ugii lake, a stopover point for more than 150 species of migrating water birds. Ugii lake is also renowned for its fishing, and is rich in Perch and Pike. Don’t forget to take your swimming costume as the water is very warm during summer. Also it is enthusiastic for swimming, sunbathing, horse and camel-back riding around the lake. Make sure to keep your camera and binoculars handy for spotting and documenting rare bird life. There are several ger tourist camps around the lake to stay overnight, as well as information and training center. 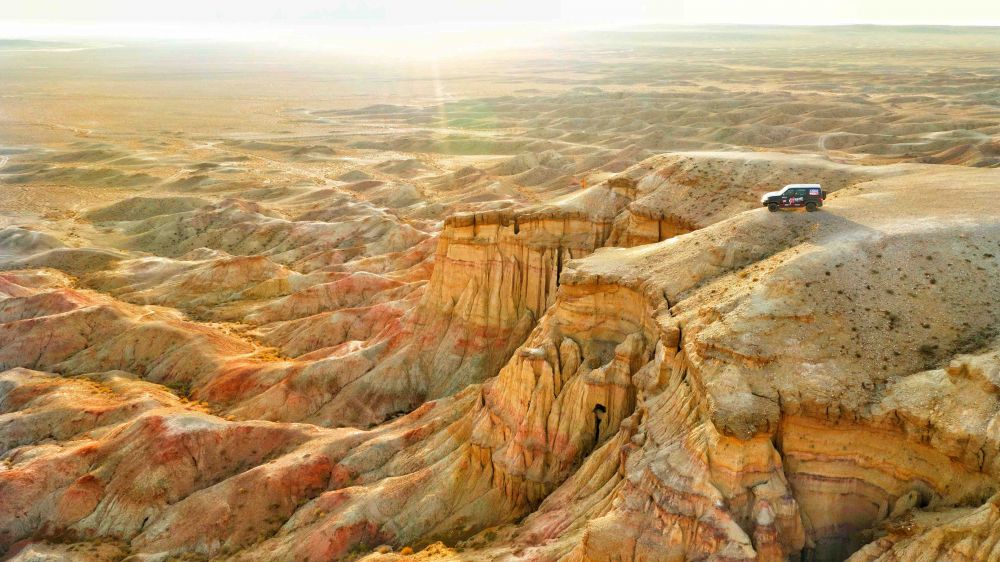 Day 11. Back To Ulaanbaatar

Wake up early and drive back to Ulaanbaatar. Check-in at the Kempinski Hotel. Return the keys from SIXT rental car to the hotel reception. Enjoy your last night in Mongolia at 5* hotel.

Enjoy your breakfast at the Kempinski Hotel. Afterwards, SIXT Limousine Service will bring you to the airport or train station.

Upgrade your package from 2 Persons to 3 or 4 persons for additional rooms at the Kempinski Hotel and extra tent with two sleeping mats.

Want to see more of Mongolia?

Bookings will be confirmed within 24hrs. A current valid passport or Mongolian Identity card as well as a valid driving license are required on the day of travel.

This booking is not refundable.